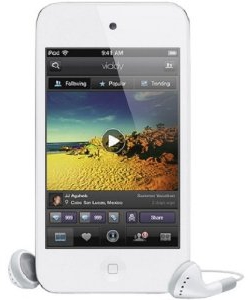 If you’re looking for a fake iPhone for your kids, you probably want them to be able to play games on there as well as simply pretend call people. Fake phones for toddlers are usually of the old fashioned type: small screen, large keys for pretend calling.

Fake iPhones that do work:

If you want a fake iPhone that is affordable and not such a big deal if it gets broken, but still does something, you basically need an iPod touch or the android equivalent – an MP3 player that has access to a games store (like Google Play or iTunes) so your kids can play around in the car without the risk of increasing your phone bill or calling people randomly. An alternative is a refurbished older generation iPhone. If you don’t want to allow your children online access, do make sure you set your parental controls (called restrictions in iPhone settings).

You will not want to spend too much on such a gadget, so getting a refurbished ipod touch is a good idea. However, that can still cost over $100. The Galaxy Player has very good reviews compared to the iPod touch and costs about as much. It has a better camera and is generally faster. A Refurbished Galaxy Player is more rare, but available as well.

This is the only fake ‘smart phone’ that looks anything like an iPhone and yet really isn’t. Unfortunately the reviews are mixed: some babies and toddlers apparently play with this and leave their parent’s phone alone. Others’ throw it away on sight.

The problem? It makes very little sound, hardly any light and it’s basically a sticker onto a piece of plastic. According to the description there are 4 games on this thing as well as the ability to place a fake phone call.

On the whole amazon users give this fake iPhone an average of 3.5 stars. It’s up to you whether that’s enough to spend over $20. 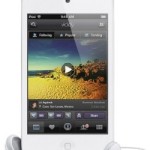 Refurbished iPod Touch as a fake iPhone for kids

A fake iPhone is basically a touch device on which your kids can play games, browse pictures and use apps to draw and otherwise develop their creativity. This is possible with just about any small touch device. In the Apple system that means getting an iPod touch: a touchscreen device on which all the apps in the iTunes app store can be installed.

Samsung 3.6-Inch Galaxy Player as a fake iPhone for kids

The other main smart phone player is Android. Android is a system by Google that can do just about everything that can be done on an iPhone or iPod. Android phones are often a bit cheaper.

Samsung is the maker of some of the best android phones and tablets around. Their Galaxy Player is an android iPod equivalent. In other words: you can’t call with it, but otherwise it’s a smart ‘phone’, on which games can be played and drawing apps can be installed. Of course you can also play music on one of these, or use skype – but I don’t think that’s likely to be what you’re looking for in a fake iPhone for kids.