Are you looking for airplane gifts for an adult man in your life? I have compiled a list of a few gift ideas to help you make your selection this year. Your man may like a remote controlled airplane or perhaps he would enjoy building his own airplane out of Legos or from a model kit. Perhaps he just wants a neat diecast plane that he can display in his office. No matter what type of adult toy he might like to have as a gift, you will find an example of something that he will really enjoy.

Perhaps your spouse, father, brother or another man on your gift list is an avid enthusiast of aircraft, collects them and you are a little stuck as to what to give him. He might be a pilot, mechanic or other professional in the airline industry.

Then again, he might just love to build and collect model airplanes or is fascinated with flight in general. You will find that there are several types of gifts available that can be unique and treasured by the aircraft collecting man on your list. Let’s look at some options you have for a gift this year.

A hobby that many men enjoy is flying a radio control airplane. The fun thing about these planes is that you can choose so many types of aircraft to fly. The airplane can be a replica of a vintage style aircraft or it can be a contemporary model of plane.

The model below is an example of a propeller style Super Cub that features an anti-crash capability. The transmitter has 3 channels and a range of 1300 feet. Purchase includes an AC adapter and battery charger. Assembly instructions and a DVD on flying is included, too. The fuselage is made of a lightweight Z foam.

An art activity kit for adults that features a nostalgic style of airplane to paint by numbers and then frame for your walls. The kit is complete and is considered for the advanced painter. The kit contains quality artist materials for your man to use. Includes 1 printed board, 1 paint brush and 10 acrylic paint pots. The instructions are easy to understand and follow. The board size is 12 3/4 inches by 15 3/4 inches.

If your guy loves to build model airplanes, this replica of the historical aircraft by Orville and Wilbur Wright will offer a nice challenge for him to build. There are around 60 pieces to the model and small figures of the Wright Brothers to display with the model airplane when it is completed. Complete instructions with illustrations are included.

A nice piece of aviation history showing the craft used in Man’s first powered flight at Kittyhawk in 1903.

A replica of a Delta Passenger Airplane that is in a limited edition series and also very collectible by the air enthusiasts. This diecast model is in 1:400 scale and features realistic landing gear. Measures 4.6 by 3.7 by 1.3 inches so it is not too big to display on a desk or shelf of his choosing.

A perfect gift for any man who is a Lego fan, collector, or who loves airplanes in general. He can build the Boeing 787 that comes from the exact specifications of the Boeing Commercial Airplanes. The set has 1,197 pieces to build with along with a display stand and information card. Once completed the airplane will have a 27 inch wingspan.

At the time of Pearl Harbor the P-40 was the best U.S. fighter airplane in the skies. The Flying Tigers were one group of pilots who flew these now famous planes. Now a replica can be built from a model kit that includes a rotating propeller and main wheel. The cockpit interior is highly detailed with the canopy being able to be posed open or closed. A shark mouth nose sets off the outer design of this model airplane and it does include a pilot figure. There are decals that can give the airplane three different looks. Assembly instructions are included and do have illustrations to assist in the building of the model. Glue for the project will need to be purchased separately.

Sitting In The Pilot’s Seat

Few men get the opportunity to see the cockpit of history making aircraft. This book features full color large photos of historical cockpits along with informative information about each aircraft that they are from. A delight for any aviation enthusiasts with photos of airplanes from the Smithsonian National Air and Space museum.

A fun airplane gift is a jigsaw puzzle showing an airplane of the WWII era. Your man can put the puzzle together during the winter months if he chooses and then frame it for his office, den or any room where he likes to display airplane art. The puzzle shown below is from a painting by Randy Green that depicts the B-17 bomber. There are 1,000 pieces to this jigsaw puzzle.

When a man needs to dress for a special occasion or requires a suit for his profession and he is an airplane enthusiast a special pair of cufflinks makes a nice gift. He may not wear them every day but they will be there for him to choose when he does need a pair of cuff links for his shirt sleeves. The pair shown below is a replica of a Cessna airplane that is often used by pilots who fly their own planes whether for work or just for the shear joy of flying.

This stainless steel pair measures about 3/4 inch by 1/2 inch and comes in a limited edition collectors storage box. 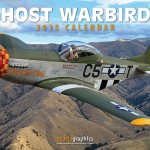 Giving a gift of an airplane calendar will allow him to enjoys photos of vintage airplanes each month along with helping him keep his life organized, too. Once the calendar year is complete, he can frame the photos that are his favorites.

Paperweight For His Desk

He can hold his important papers and notes on his desk with a unique paperweight that looks like a vintage airplane. Designed by Herve Houplain the piece is chromed with a zinc alloy and measures about 4 1/2 inches wide.

If he loves to play video games then a game that is a flight simulator will be a wonderful gift for him. Game can be played solo or with multi-players. Scenes from actual satellite photos. 50 in game planes will give him plenty challenges. The game comes in a Wii, Playstation 3, Xbox 360 or a PC download version so that he can play it on his favorite type of gaming unit.

You could include a little trivia with your gift

Show the man on your gift list that you have given some real thought into his airplane gift. Add a little trivia inside the package that he might enjoy.

Most people know that the Wright brothers were successful in the first powered flight with a man at the control in 1903. Does he know that one of the brothers laid on his stomach on the bottom wing to control the rudder? Wilbur traveled the longest distance in December of 1903 by traveling 892 feet in 59 seconds.

He might know that Charles Lindbergh made the first solo trans-Atlantic flight in 1927. Who was the first transatlantic passenger? That would be Charles Levine who went from Roosevelt Park, New York to Eisleben, Germany in 1927. His pilot was Clarence Chamberlain.

So much has improved since the brothers made their successful flight. Airplanes can now travel at over 600 miles per hour while carrying 300 passengers and their luggage.

Before Wilbur and Orville Wright were successful in creating the first flying machine, humans were fascinated with the possibility of flight. The first flying objects that were made by man were kites. Records in China tell of kite flying as far back as 200 BC.

Leonardo DiVinci left drawings of a contraption he was working on that would allow man to fly. Men also took to the skies in Hot Air balloons and still enjoy this form of flight today.

Encourage your little one’s interest in airplanes by teaching him some of the history of the different aircraft. He may grow up to be a pilot, an astronaut or a designer of aircraft.