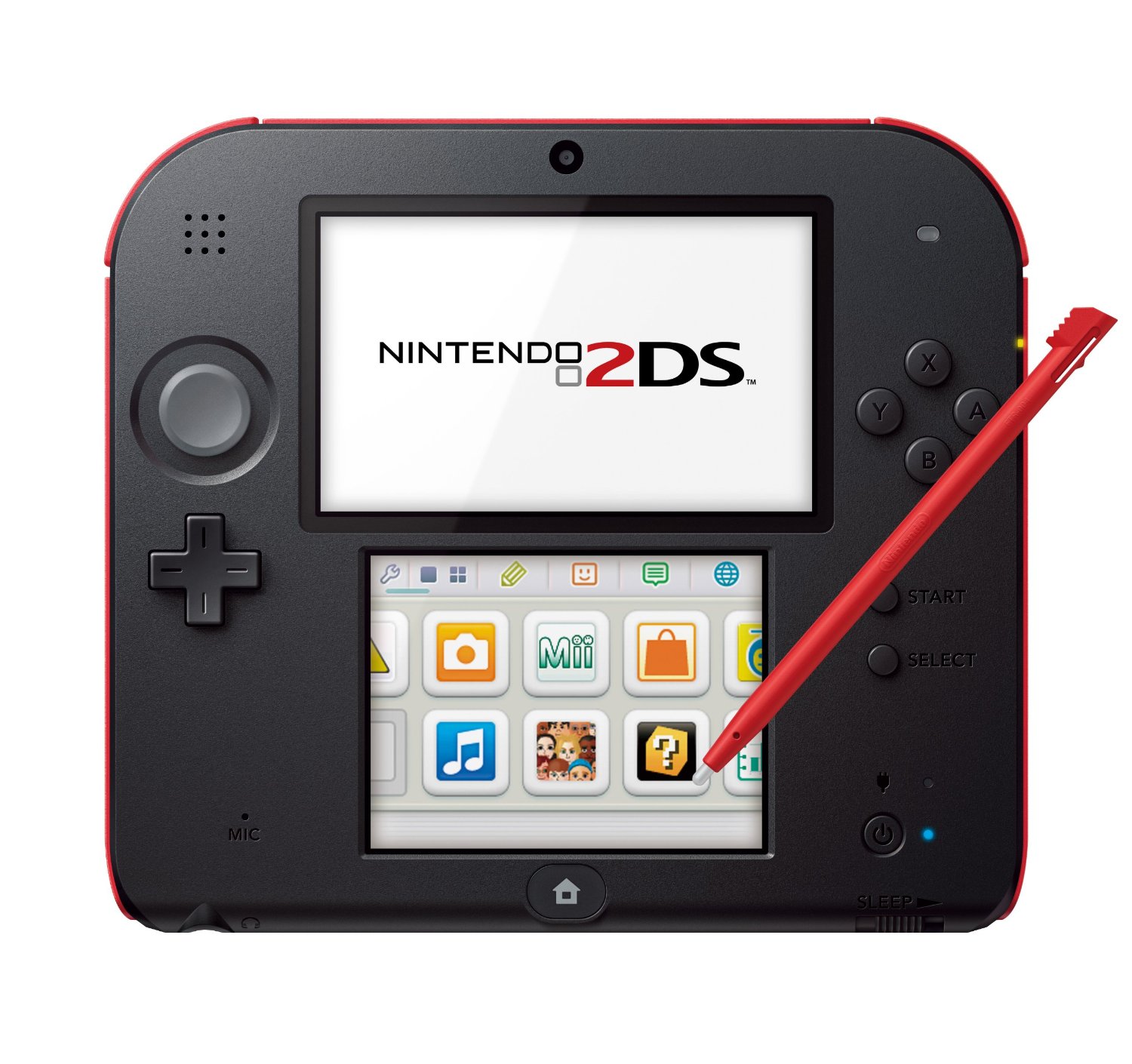 Giving teens presents is a tough proposition. What’s hot and what’s not changes by the year. Your teen boy changes by the month. How on earth are you going to find the Best Christmas Gift? It doesn’t help that teen boys are not the most articulate species on the planet, generally speaking.

Teen boys reading this: if you’re the exception and DO know what you want and have the words to tell us (yes, that’s a dare) do tell us in the comments.

What do teenage boys want for Christmas?

Are you looking for a Christmas gift for a teenage boy? It can seem a little daunting sometimes, I know. He isn’t a little kid any longer and is starting to figure out the man he is growing into and there are times that he may not even know what he wants.

It does not have to be hard to find a gift for your teen, though. Hone in on things that he likes a lot. Does your guy love sports? A sports related gift is a good idea then. Does he love music? Something that involves music would be the right choice. Do you see where I am going with this? What does he love to do, match your gift for the teen boy to that activity.

Anyhow, the following was extracted from comments made by a few teen boys who did tell us what they wanted.

As a mom suggested in the comments on one of my pages the nicest way to give Amazon.com Gift Card is to accompany it with something small they’ll enjoy. For teen guys cookies (they’re always hungry) or Axe Deo Spray.

A Gift Idea For The Inquisitive Teen

Oh, Yuck! The Encyclopedia of Everything Nasty

Boys, as a norm, love yukky nasty things. Don’t they? The nastier the better sometimes. This book might even make him say “Oh Yuck!” It is certain to keep him entertained and something that he and his pals can sit and giggle over or try to gross each other out with. 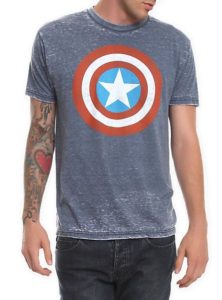 This t-shirt combines grunge with humor – waffles to fight evil! Just the sort of fun shirt your teen can show off in school.

Does he have a future in comedy?

Is he the funniest member of the family? Has your husband said to him, “Oh you think you are a real comedian, do you?” No, seriously if he has a great sense of humor and loves jokes he will certainly have fun with this book. He might even work up his own comedy routine. You never know he might grow in to the next new stand up comedian.

Cool sport shoes, meant for skate boarding. Do order a size UP from your normal US size. These come in all kinds of colors and teen guys have been known to wear a different color with a different outfit, which is amazing to me. I grew up around guys who usually just wore the same shoes. 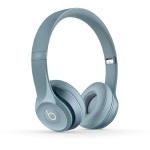 Almost impossible to break. Every pair is now constructed of super-durable, flexible material, reinforced with a metal strip to make sure it never comes apart. They look good, too – every pair of Beats Solo HD headphones feature the same high-quality clear-coat finish you find on a luxury sedan. Built-in mic for calls. Switch easily between songs and incoming calls. No need to take off your headphones or talk into the phone like a walkie-talkie.

SoCal is the fragrance of Southern California. With its clean, fresh, and masculine scent, Hollister SoCal is the new Hollister cologne that truly embodies the laidback beach lifestyle. 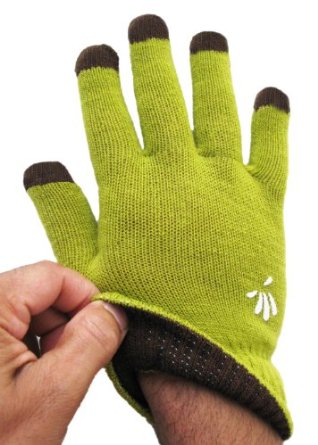 Introducing SwypeGloves, the innovative new palm skins, infused with conductive fibers that allow you to operate your touch sensitive screens and devices with ten finger flawless precision while keeping you toasty warm! SwypeGloves are compatible with all common touchscreen devices like iPhones, iPods, iPads, HTC Droid and more. Its really magic in your fingertips!!! 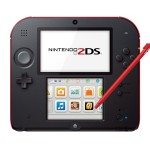 Does He Love Games?

Most teen boys do love playing video games so getting him a new gaming system is sure to put a smile on his face. Caution: he may disappear for a while as he absorbs himself into playing and winning all of the new games!

The new Xbox is all the rage – so do consider it!

While the PS4 and Xbox One are the hit gaming systems out this year, Nintendo still does well as the third and more affordable option with their 2DS system.

As always with such things, chose something you can afford to give… If your teen boy is into gaming he will know which he wants. They’re both pretty expensive, but if you can’t afford to get them this console, perhaps he’s saving for one himself and will be satisfied with accessories to go with it, or games for it.

A real good and affordable camera option for teens.

Is Photography his thing?

If he loves photography, he as probably reached an age where he can both appreciate and take care of a good digital camera. This Canon is the top rated camera currently on Amazon with 4.5 stars and 342 reviews. I guessing he will love it!

More camera and camcorders for teens

If this camera is a bit expensive, you may want to check out my selection of easy to use camera’s for teens or my list of camcorders for teens.

If your teen boy loves music: Audio-Technica Headphones or a Turtle Beach Headset

Both recommended by a teen boy, these headphones are less expensive than the top sets, but still give a good sound.

Wherever I look I see teens with headphones in or on their ears. If your teen is into music, they are going to want a good set of headphones. Beats are IT for teens right now, but Skullcandy is more affordable and also cool. Apparently.

Ah – your teen may be into skateboarding. If so, these are definitely cool! I like that wooden natural feel to these.

I’ve seen them on the street: new style skateboards. The difference? You can stay on your board and wiggle your way to speed. Or that’s what it looks like. I like the natural bamboo look of this one.

If your budget and neighbourhood allows, a dirt bike or even an ATV may be just what your teenage boy will enjoy.

Personally I think it is a bit too much to give your teen a $600 bike for recreational purposes. I mean, spend it on a tablet instead: that can be used for educational purposes…

But that’s just me, I suppose. Anyhow, for parents who just can’t spend that much on their kids, I’ve listed the scale model instead.

Teens Cook: How to Cook What You Want to Eat

If he loves food and actually tries to cook for himself once in a while, a cookbook might be something he can really sink his teeth into. (Pun intended!) This book was actually written by teens for teens which makes it much more appealing for them to try the recipes in the book.

Who knows, this might be a bonus gift for Mom, because if her Teen son starts to cook for himself and then the family she can get a break once in a while. In fact, my mom made sure both me and my brothers took turns cooking once a week when we were teens. Girls aren’t the only ones who have to learn to take care of themselves.

LEGO Lord of the Rings Another video game. Available for Xbox, Playstation etc. 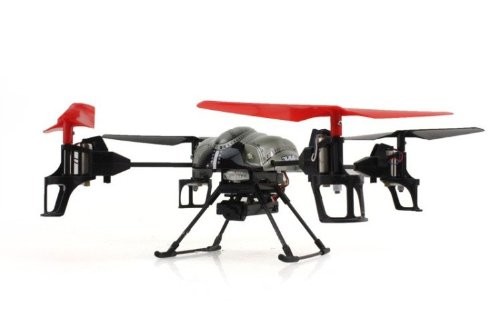 Quadcopters with cameras, aka a drone!

A teen boy listed this on a previous version of this page. When I saw that I was a bit shocked. But it does make sense, why would a teen boy NOT want to have their own drone. In fact, I think (having once been a teen girl) I would have liked one myself.

You’ll have to figure out for yourself if you want to stimulate his inquisitiveness or whether you want him to learn to respect peoples privacy. Then again, drones are used for other things than spying on the neighbors in their bathing suits.