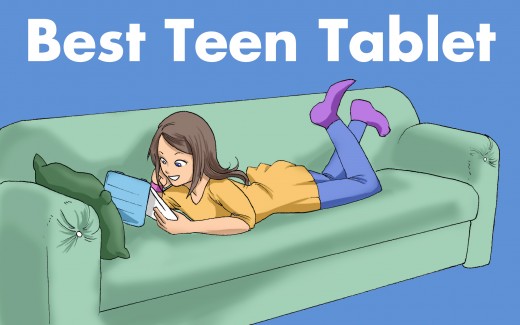 Buying a Tablet for Your Teen

Choosing a tablet for your teen has never been so tempting, nor has there ever been so much choice. Count on your teen wanting to use their tablet at school as well as at home, for searching the internet, socializing, playing games, and even doing homework.

The good news is that they’ll be able to do all of that on any tablet. When it comes to the basics, you can’t really go wrong. In fact, though I’ll share some exceptions below, most apps can be used on any Android tablet as well as on an iPad.

If you do have money on your hands and aren’t looking to draw with pixel precision, the Windows 10 Microsoft Surface Tablet may be the best for your teenager. It’s the only tablet around that I would consider a laptop replacement.

Tips: Picking the Right Tablet for Your Teen

Here are my top four recommended tablets for teens. All of these tablets are great options, but some are better than others depending on what your teen is likely to need.

What is the best tablet for teenagers? Honestly, it kind of depends on how much you are willing to spend on a kid who still can’t take care of their stuff very well. Since these tablets are an investment with most families, you want to get the best bang for your buck so to speak. By far the best priced tablet is the Kindle Fire.

When it comes to your best-value tablet, I have only one thing to say: if you’re in the US, the best tablet for your teen is undoubtedly the Kindle Fire HD 6. Gizmodo calls it “The penny pinching tablet buyer’s dream” because of its incredibly cheap price ($100) coupled with features that rival tablets several times its price. Because it’s marketed as an e-reader, it’s much cheaper than most other tablets on the market, despite having all the functionality of an Android tablet. Most Android apps can be installed on it. However, it does have some limitations and I’ll share those below.

A Little History Of The Kindle

Amazon has been innovative and forward thinking since they introduced the first Kindle back in 2007. That first Kindle was only an ereader and was kind of heavy compared to the lightweight models today and it cost a whopping $400. That is more expensive than Kindle Fire HD 8.9 inch model available today. The original sold out completely within just a few hours of its release and it took months for it to be available again.

As the years have progressed the company improved the digital reader with several new models each having more features than the last and becoming thinner and more lightweight with each new roll out.

In the last couple of years the tablet form of a Kindle has been available which took the device beyond being a digital reader and into the realm of technology that allows for a full featured experience for not just reading but accessing the internet and to watch videos, movies, tv shows and listen to music or play games. They currently have the fastest wi-fi download time available on the market and they are continuing to make improvements as we speak.

Choosing one of these newer tablet forms of Kindle for a teen or any member of the family is a wise choice with all of their functions.

It looks like Windows 10 tablets will change the tablet game a LOT. With Windows 10, tablet makers have stopped pretending that tablets are anything other than touch-screen computers. In fact, TechRadar claims the Microsoft Surface Pro 3 tablet heralds the start of a “laptop-free future,” in which these laptop-tablet hybrids start to replace PCs entirely. So why not get a jump on that future and replace your teen’s laptop with this little guy? On a Windows 10 tablet you’ll be able to edit all your MS Office files and use any other programs that work with a regular Windows PC. That makes a big difference for homework.

Don’t get me wrong: you can edit text and Excel files on Android and iPad as well. However, in both cases, there are severe limitations. The Windows 10 operating system is designed to work on both PC computers and Microsoft tablets, giving the tablet all the same functionality as a computer. The tablet even includes its own keyboard, so it may well replace your teen’s laptop.

See my full review of the Windows 10 operating system for tablets.

Fast conclusion: still a compromise between a PC/laptop OS and a tablet OS.

Verdict: Do get a stylus and keyboard as well. 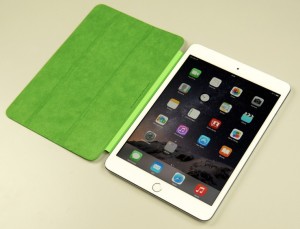 Honestly, Apple has been getting on my bad side lately. Not only did they botch their maps application, they also had the gall to patent rounded corners! The fact that they won the court case doesn’t make it any better in my opinion.

However, you may want to buy your teen an iPad Mini. It’s an excellent tablet, and is just as good as Apple’s most recent model, but at a lower price. CNET recommends it as the current best-value iPad, because it has all the features of a full sized iPad in a smaller, cheaper form, and it’s now less expensive since the arrival of the Mini 3 (which is nearly identical to the Mini 2). Like the Kindle Fire, at present it doesn’t have a good maps application. However, you do get access to the whole iPad App store. Most importantly, this includes the iTunes U app.

iTunes U has great free educational videos and books available from the top universities. TED videos are also available on iTunes U. This makes the iPad a great tool for homeschooling smart kids. Looking through the latest content today, I think most of it is aimed at adults and college students. However, as I said, it’s a great resource for smart teens.

iTunes U may sound like THE reason to go for an iPad for your teen. However, there’s an Android app called Tunesviewer which allows you to download any educational content available through iTunes U on your Android device. It does not seem to work on Kindle, but works on other Android tablets.

Of course you can go more expensive and get a regular iPad Air or even iPad Pro. The latter has a great stylus for your budding artist. However, don’t expect any of them to be a laptop replacement.

I have an original iPad, but these days I use it mostly to play music. My 10-inch Galaxy Note does everything else. I recommend Galaxy Note for your teen if he or she is artistic or really into math.

In my opinion, the Galaxy Note 10-inch is the only tablet to get if you want to draw and paint. The stylus with the Wacom-style screen simply can’t be beat in terms of drawing with pixel precision on a touch device. The Galaxy Note S Note app also makes it easy to write complex mathematical formulas. It’s the only app that converts handwritten mathematical formulas into text, and is essential for a teen who’s serious about their math. Check out my full review here.

For additional ideas about the Kindle or other tablet choices for a teen you might find this Gift Guide page of Tablet and Laptop reviews handy.

Teenagers are embracing the tablet devices in a huge way. These touch screen mobile devices offer them all of the computing needs that they have plus give better mobility to them. They are much lighter in weight than having a laptop to carry around and will perform all of the tasks that they want. They can connect with their friends on the different social media sites. Play games, read books, watch movies and research homework.

The devices are run under touch screen technology and in most cases, except for the Kindle Fire, can be attached to a small keyboard that is purchased separately.

With several different options out there in tablets you might be wondering what the best tablet for a teenager might be. As with any piece of technology the first thing to look at is how the device will be used. Age will, often times, determine what the expectations might be when it comes to using a tablet. Children are going to use a tablet much differently than an adult will and teenagers probably have the largest list of functions they will want on their tablet. They are going to want all of the features that an adult will want and in some cases even more because they are often more aware of the latest and greatest bells and whistles that come along in the world of technology.

They are going to want their tablet to be able to surf the web, gather their emails, and help them stay connected with the pals on Facebook. They are also going to want to be able to play games, watch videos and listen to music. A teen is going to be very interested in the ability to download and use all kinds of different apps. They will also want it to have the ability to connect with ease no matter where they are and they will want it to be fast.

On a previous version of this page, I asked: What do you think is the best option for a tablet for teens?

535 people voted in this poll.