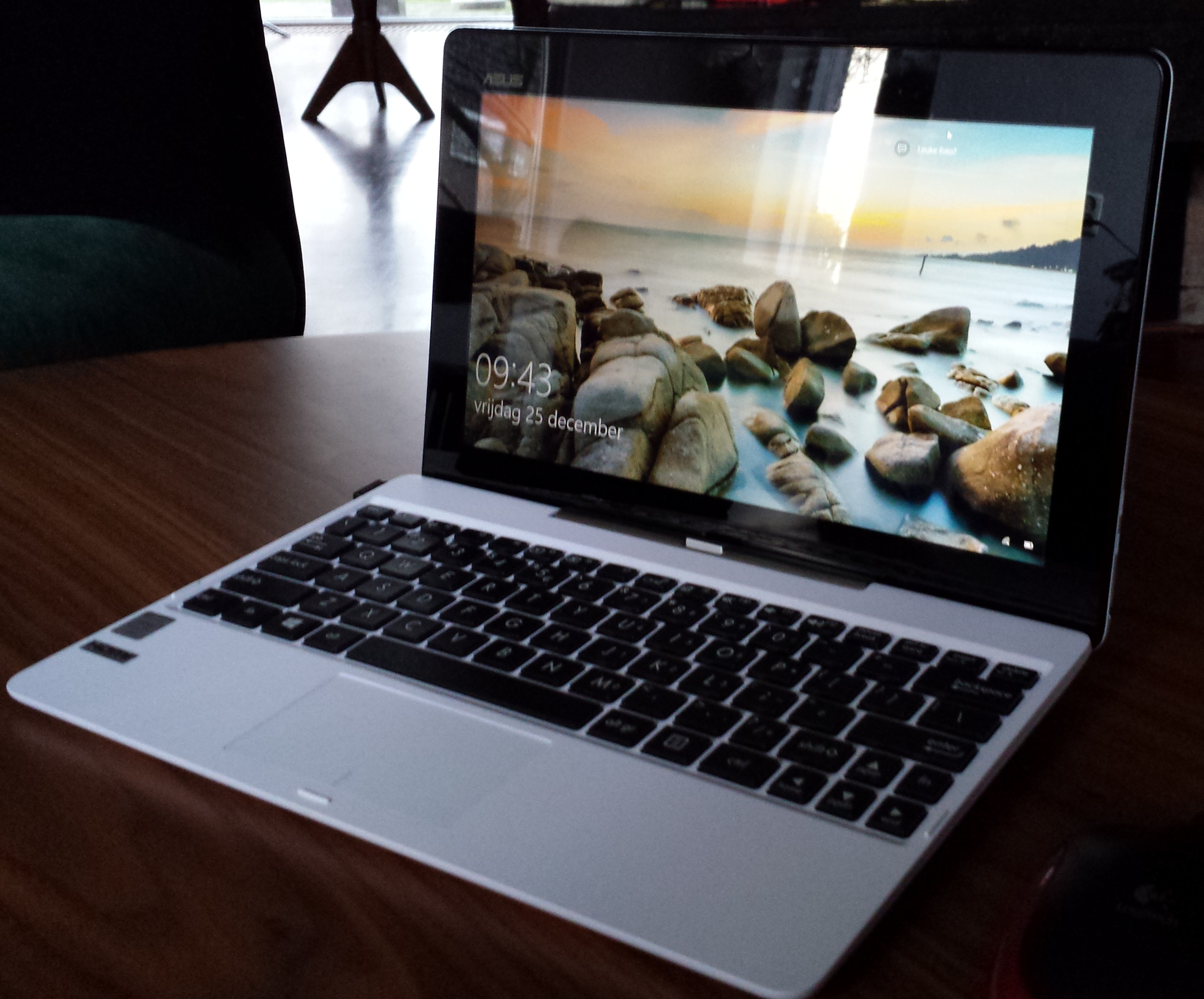 What is the difference between the three major computer tablets?

You might find that this year someone on your gift list is asking for an iPad or computer tablet which is often just referred to as a tablet and sometimes a tablet pc. Tablets are particularly popular with students due to their smaller size and ease of mobility, although they are also becoming more popular with a large sector of the population who needs a mobile computer for work and play.

If you are feeling confused as to what makes up the difference between an Android Tablet, an iPad and a Windows tablet, perhaps I can help you with that.

In this article I will explain the differences of the three major types of computer tablets and give you some recommendations on specific models. You have probably heard of all three options:

What is a tablet?

Different tablets explained in a nutshell

Let’s start off with an explanation of what a tablet actually is. Computer tablets are mobile computers that are larger than a mobile phone and less cumbersome than a laptop computer. Tablets use a touchscreen technology instead of having an actual keyboard built in. The screen will show what is called a “virtual keyboard” when typing is required.

Most models of tablets offer an option of plugging in a special keyboard with the use of a USB connector or through some other means, but not all do. Often times the users of tablets will have a stylus that can be connected to the tablet to make typing easier and drawing more precise than touching with their fingertips.

So, what are the differences when it comes to an Android Tablet versus an iPad versus a Windows tablet? In a nutshell they are each operated by a different OS or operating system.

Android Tablets use a Linux based mobile OS (aka Android). iPads use a mobile OS from the Apple/Macintosh company (iOS). Windows tablets are operated with mobile Windows based OS from Microsoft, Windows 10, which by now you probably have on your PC or laptop. Or should.

How to choose between tablet options – Basic options are the same!

If you want a tablet you can also work on, a Windows tablet (with stylus and keyboard cover) is really starting to be a good buy. It has taken a while for Microsoft to iron out the rough edges of Windows 10, but it’s getting there. However, you will need a stylus…

For productivity Android and iPad are both less obvious choices. However, if you can manage – like I can – with Google Docs, then there really isn’t any reason NOT to go with Android or iPad.

The difference is: A well chosen Windows tablet may replace your laptop or PC. An Android tablet or iPad probably can’t just yet.

I know that most people think ereading when they think of the Kindle line. However, when Amazon developed their Kindle Fire they went a step further and created something that’s really more like a tablet.

It’s an android tablet in fact, without the label and with some missing features. The main thing you’ll miss, comparing it to an Android Tablet, is Google Maps. You won’t have full access to the Google Play Store and this is one of the few popular apps in there that didn’t make it to the Amazon app store.

Otherwise – this is a great tablet for the money: very well designed to be easy to use and with top specs as well. In fact, it is assumed in the tech-industry that Amazon loses money for every Kindle they sell. They’ll get it back with you being tied firmly to the Amazon store. However, I don’t see that that’s a problem. Most of us are tied the Amazon store pretty firmly anyhow.

The Kindle is the best tablet for people who aren’t going to be using their tablet for anything beyond the usual: reading, browsing, mailing, taking a few notes, listening to some music, watching a few movies, and playing some popular games.

I also asked my readers which tablet they preferred: 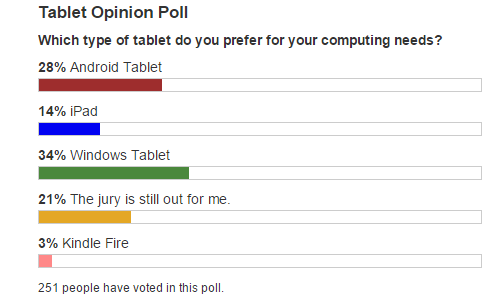 As you can see, it’s a tie between Android and Windows.