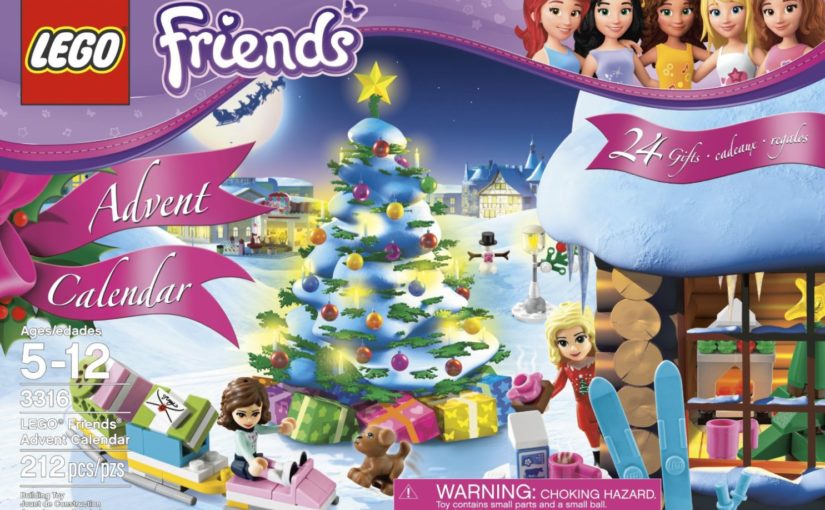 Me and my brothers played with Lego a lot when we were young. We had a big box of Lego blocks, Lego figures and accessories to combine and play with. We built buildings, cars and made stories. I’m sure Lego played it’s part in each of our creative talents – which have helped me to make a living online and my brothers both being artists. Of course the same ingredients could have helped us become engineers. Ultimately what your children do is up to them, but if they play with Lego it will help them develop spatial insight and other qualities that can be quite useful growing up.

If you want that for your kids, do get them a Lego advent calendar.

Advent is a time of excitement for kids. Advent calendars help them count the days towards Christmas and live the church year.

The 2015 series (there were three) were called ‘building kits‘. This suggests the sets included something to put together (as you ought to be able to expect from Lego). Unfortunately, the Lego Friends Advent Building kit did not deliver on that promise, though the other two sets did.

Lego has created several new Toy Advent Calendars. The Lego Star Wars Advent Calendars will probably be the most popular with boys. With the popularity of Star Wars it is entirely possible that even the “big boys” will get a kick out of the versions that are available. Even though you might see a yearly date in the description the December countdown is not dated and could actually be used over again. Each year there is a new edition that comes out that has different little Lego surprises in them. I know they do not look very much like Christmas except that the version that was released in 2012 does have Yoda dressed as Santa Claus. It is more about the counting down the days and having new pieces of Legos that they can’t get anywhere else. So they probably won’t mind that it does not look too “Christmas-y”. 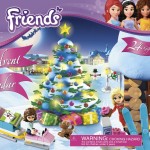 The girls are going to love the Friends Advent Calendars by Lego! They are pink and cute and perfect for girls to build along with counting down the days of Advent during December. Each day provides a new little gift including some little mini figures and a dog. She will be able to add any of these pieces from the Advent calendar in with her other Lego Friends sets to enhance them during play, too. Some of the pieces are in colors that are not available in any other sets than the one for Advent which is kind of fun for any little girl to add to her growing collection of Legos for Girls.

Unfortunately the Lego Friends system is usually less well thought through than the general (or specifically male) sets. There is less building and more ‘cute’ and cooking stuff going on. If you want your girl to be more than pretty and a good cook, consider the reasonably gender-neutral Lego City advent calendars.

Lego City Advent Calendar goes right back to tradition: Christmas scenes, snow and more that are based on the theme of a Christmas in a town or city. Depending on the year, the set is more about nice pieces or actually includes building stuff. Either way, it will add some nice figurines to your child’s Lego collection. There are a few different versions that go with the City theme for Christmas and these will also work with any of the other City sets that your child may already have.

The 2011 Lego Christmas Advent Calender Set depicts a picture of a Lego Scene in a Christmas Theme, any fan of Lego Toys is sure to love this unique Christmas Lego Set. For the present year they did a small more Christmas than past years. Santa, Christmas tree, and somebody conveying puts forth are the topic.
An auto, snowmobile and an angler make up the rest. They combine to a gigantic piece: a Police station. The odd part is a Police station for Christmas?

The Lego Winter Village is magical! 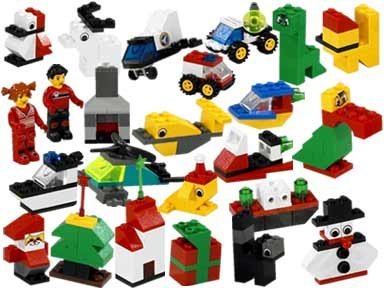 This is a Lego Creator Advent Calendar and does not depict any particular theme within the Lego Emporium. It is and older version of the Lego Advent Sets dating back to 2002. It We believe this to be more original and close to Christmas enabling you to acquire an actual Lego Santa Minifigure, which are quiet rare and not forgetting the reindeer. The actual Calendar itself is similar to the ones above. This is a nice advent calendar theme for the ones who like the older lego sets that created figures out of actual lego-pieces. Stimulates creativity AND has two unique LEGO mini-figures. It’s not often that you see a girl figurine with actual legs!

This is regardless a positively phenomenal set for Lego Kingdoms and Castle fans. There are nine minifigures, including a blue wizard, a ruler and a lady, an absolutely cool metal forger, and different various parts of the armed forces. Included are weapons or adornments, for instance a wand for the wizard and a frog for the queen. The little manufacturing sets are all medieval-themed, and incorporate a treasure midsection full of gems, a jail entryway with a couple of sets of cuffs, weapon trucks and racks, a barrel of mead, and-my best liked-a sword stayed in a stone. December 1st could not come too soon!

This is a set that will help kids dream up medieval stories.

You can find More Lego Advent Calendars that have different themes that might be even more popular with your family.

More advent calendars that are not sets from Lego.