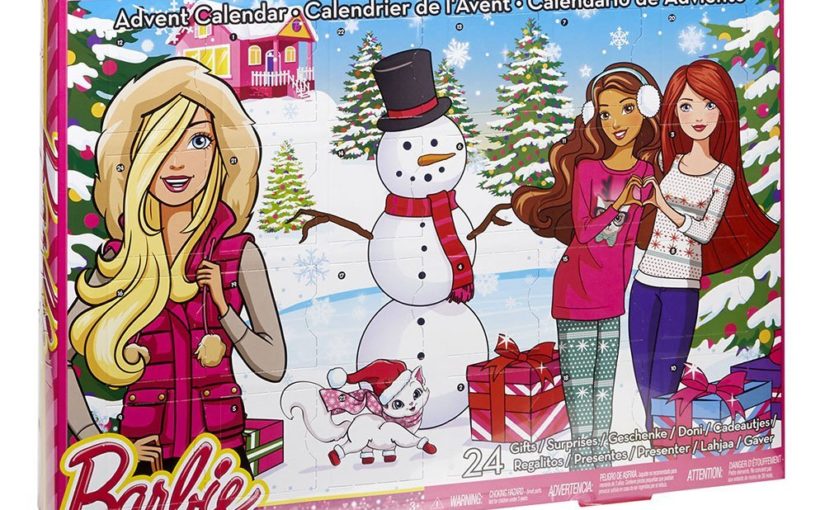 Many families participate in the long tradition of using an Advent calendar to count down the days until Christmas Day. If you happen to have a young girl in your family she might really love to follow this December tradition by using one that features her favorite doll character, Barbie.

Most little girls absolutely love this fashion doll and would get a real kick out of a calendar that helps her count the days and have little Barbie type gifts each day.

Shown above is a barbie advent calendar that contains Barbie accessories. 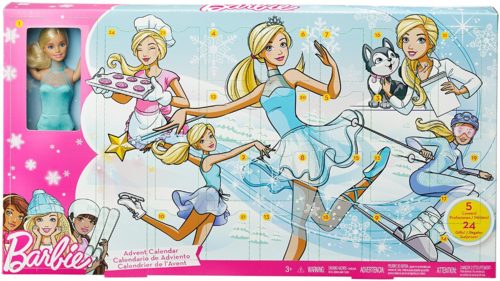 Modern girls think about more than just looking their best. It’s not just shoes and dresses anymore… Barbie is changing along. She’s a doctor, an Olympic athlete, a cook…

Undated Advent Calendars Are A Benefit

The wonderful thing about most Advent calendars is that they are not dated so they can be used for several years without having to purchase a new one. They all have 24 windows, doors or flaps that are opened in the first 24 days of December. The ones that have windows and doors typically have some sort of little gift for the child or adult to have for the day.

Once the first year has transpired, it will be relatively easy to find new gifts for the following years. Depending on the size of the area that the gift will be hidden in you can get creative. If the gift that you want the child to have is larger than the box, leave a little note that says that the gift is….and then have it ready to give to the child.

It can actually be a lot of fun in the following years finding little treasures to offer the child in your life for the period of Advent.

A Little History Of This Fashion Doll

Barbie was the creation of Ruth Handler who named the doll after her daughter Barbara. That was back in 1959. Handler was the co-founder of the toy company Mattel, by the way. The teenage fashion doll that she introduced to the world was originally named Barbie Millicent Roberts and she was supposed to be from the town of Willows, Wisconsin. The teenage model made her debut at the American Toy Fair in New York city that year and the rest as they say is history.

The most popular Barbie, as far as sales go, was the Totally Hair Barbie doll that was introduced in 1992. I am not sure why it was more popular than any other model, perhaps it was because her hair was so long that it started at the top of her head and extended all the way down to her toes.

Little girls and big girls love this fashionable doll who has changed several times over the decades but has never lost the hearts of the girls who joined the ranks of fans each year.

Bet this Barbie calendar with the surprises is a lot of fun for a child and an adult Barbie collector!