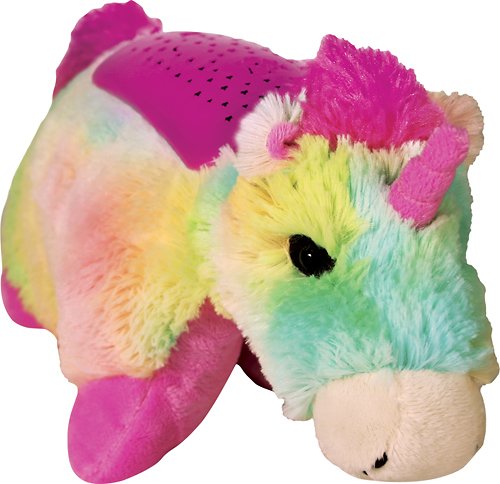 The most popular gifts for girls include a range of toys from electronics (Leappad Explorer) to Lego to Monster High Dolls. Here you will find new and updated versions of popular girls’ toys, plus some new releases that are bound to become popular best sellers.

Many of these toys have made it onto anticipated best sellers’ lists and some are selling fast or are limited edition so grab your’s now!

is one of a range of LEGO sets made specifically with girls in mind on a theme that feature five friends.

This set features Andrea and Marie. The set comprises of a kitchen area and inside and outdoor cafe areas. Features include a counter with cash register, money, frying pan and other kitchen and baking utensils plus cafe furniture and fairy cakes and pies.

This LEGO set is compatible with all other LEGOs, however, it features mostly parts that don’t combine well with other themes. How many flowers can you need?

Therefore, I have also listed more traditional lego-sets that are suitable for girls. I like that tree-house for instance. It consists mostly of parts that can be used in whatever model your girl wants to build and is yet doesn’t feature the aggressive star wars type theme.

Next up: Lego has created this Birds Model Kit

with adults in mind, I think. However, girls may well think they’re cute and they DO consist of parts that can be recombined to create anything your child wants. For the girl who is good with her hands, aged 10 and up.

The Toys That Girls Want The Most

What are the most wanted toys that girls are asking for? It is easy to see what the ads on the television tells us they want and we can often see lists that tell us what the most popularly sold toys for girls are. But, are those actually the toys that girls really want? In some cases the two might match but not always. The toys that are purchased are usually by adults and they may have followed what an advertisement suggested or looked for a best selling toy and did not ask the girl herself what she wanted.

These headbands would be great to make as gifts for friends or as a joint craft for birthday and slumber parties.

Barbie is a perennial favorite and the Barbie Fashionista Ultimate Closet is the most popular Barbie set currently available.

An all in one playset that is portable, this is the ultimate closet to hold all your Barbie fashions and accessories. There’s hanging rails, drawers and shelves.

Twistz bandz are the hot crafting trend of the year. Kids can make their own bracelets, purses and more out of simple rubber bands. You can rearrange the pegs so that you can make your own designs, after you have figured out how it works. This newer version has a metal hook to place the bandz, which is more sturdy.

The Most Popular Monster High Doll

Vandala is one of a group of ghosts that save Spectra Vondergeist from a life of chains — detention chains. Included is a diary with details about her life. She has a translucent peg-leg which looks cool. It can also help a girl with disabilities accept her limitations without letting it limit her life.

Monster High is a tv-show, a website as well as a line of dolls. They’re all ‘dead tired’ – aka zombies, vampires, werewolves etc. This means they have special powers, a funky Halloween style fashion and lots of fun (aside from the usual teen-angst, of course).

A Riding Toy That Girls Want

Perfect for a girls first scooter! The base is wider for better balance and there are two wheels in the front to assist her in steering her scooter. The scooter folds up for easy storage or transport in the car.

Roller skating has become very popular with the kids, again. Schools are having skating parties to fund raise. Both girls and boys are having their birthday parties at skating rinks once again. Because your little girl anticipates going to lots of skating parties, she wants a pair of skates of her very own. Even little girls do not like the idea of putting on those nasty rental skates.

Note that the modern versions have 4 wheels in a row. This requires more balancing, but it allows for more speed.

One of the most popular electronic toys

LeapFrog LeapPad Explorer is the best selling learning tablet and has now been updated with new features, including a faster 4 GB processor.

Other features include a front and back cameras/video recorders! Use your finger on the touch screen or a stylus to bring characters to life or to write or draw characters and words to life. Tap, draw and write with the stylus, or turn, twist and shake.

Five Apps are included: create a virtual pet in Pet Pad; produce and direct animated cartoons in Cartoon Director; learn and sing along to LeapFrog Learning Songs; create stunning artwork in the interactive Art Studio. An additional app is available from a choice of four, which can be downloaded free to the tablet.

For older kids, you may want to try the Fire HD 6

. BTW – I don’t recommend the Kindle Fire designed for kids: it just isn’t that good.

Let her play doctor and prepare herself for a serious career while also develop her nurturing side.

This interactive doll responds with sounds and speech and can even change her facial expression, going from a grimace to a smile at the flick of a switch. Mommy can make sure her doll is well by checking her heartbeat, temperature, throat and reflexes – her leg will kick!

Mommy Doctor can also giver her toddler medicines and even a shot. And when the check-ups or treatments are over all the medical tools can be stored in the medical bag.

The Pillow Pets Dream Lites Rainbow Unicorn is a nightlite as well as a cute, cuddly Plush toy! At the touch of a button the Unicorn projects its face plus a starry sky on the walls and ceiling, creating a magical and peaceful environment. And during the day they make a great play companion.

The built in timer shuts off the display after 20 minutes and has four lighting settings: amber, green or steady blue and the fourth setting is a transition of all three colors that changes every few seconds. 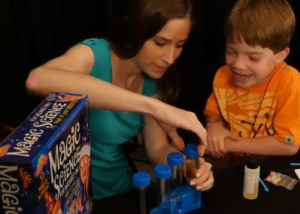 Your Harry Potter fan will love this. She can create her own potions lab and get to a basic understanding of chemistry on the side. Adult supervision is required, so you can have fun with her following the recipes, changing colors, making things fiz etc.

– Top On The Wanted List For Action Toys For Girls

The Disney Princess Songs Castle by Fisher-Price tops the list of most wanted toys for girls list. This castle is quite a lot of fun to play with. Much like a dollhouse with rooms for the two characters that come with the playset can be placed in. It comes with Cinderella and Snow White who have a special sensor that either talks or sings a song when placed in the dance floor slot. You can purchase additional Disney Princess Little People who will also work with the Castle.

Furreal Friends are a cool line of Electronic Interactive Pets from Hasbro. Kids love the noises they make, the way they move on their own and of course that they’re cuddly. These cool companions offer lots of fun to the kids, and unlike real Pets don’t require a lot of attention.

This cool Puppy is pretty famous this Christmas. It features on many Top Toys Lists for Christmas, released by the major Toy Retailers, and for good reason. With very real looking movements, sound effects, and actions – she is a big favorite of the young ones. Perhaps the coolest Electronic Pet for Christmas.

The name says it all: this puppy bounces and yaps and plays with your kid. Like other Furreal Friends, this pup may easily annoy you (the adult) while many kids will love it. However, some adults ALSO love it, so it really depends. Like a real puppy this almost-real pet robot behaves differently when given attention. Like similar products out there, it becomes quiet when nothing is happening (which saves battery life).

Recommended For ~ Children Four Years of Age and up

Every Little Girl Wants A Pony

If we can not give her the real thing, she is perfectly happy with a stuffed plush pony. Many little girls have put this Baby Butterscotch magic show pony on her most wanted list. This pony will move to the touch of a human and do all sorts of fun things with your little girl.

An outdoor picnic table can be used to pretend she is having a picnic but can also be used to sit and do other activities. She might want to draw under the shade of the umbrella. She may want to entertain her friends or her dolls with a tea party. She will get a lot of use out of a toy picnic table for years to come. It is on her wanted list.

Toy Tents Are Fun For Girls

Her choice in having a toy tent to play in is this pink one that resembles a castle. Makes total sense because most little girls are a princess in their own right. She can be in her tent in any corner of a room or in nice weather she can play outdoors, too. It folds up nicely for storage when not being used by your little princess.

Girls love to play music too and a pink guitar is something that she will love if she is wanting to play the guitar. Six metal strings get her started. Also includes a pick and extra string.

You may also want to consider a flute.

As she is playing dress-up she wants some jewelry that is not too big for her. Her most wanted play jewelry is a Hello Kitty necklace. This one is so cute, she can actually wear it when she goes out with you on errands.