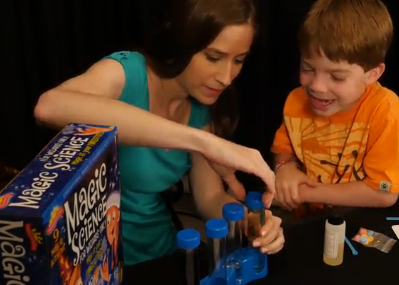 The most popular gifts for boys are featured on this page to help you choose great presents for the boys on your gift lists. Most of these most wanted toys are already best sellers but included are some toys that are selling fast including the new Furby and the LeapFrog LeapPad Explorer.

So whether it is an electronic toy for boys, a building toy or one that will improve co-ordination and motor skills, you are sure to find something here.

which is suitable for all Harry Potter fans 🙂 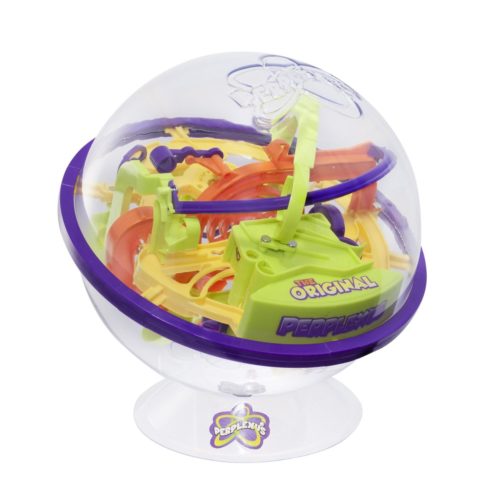 The Perplexus Maze Game is just so addictive! It is made of a transparent sphere full of a range of barriers around which a small marble needs to be maneuvered, using shift, flip and twisting movements.

This is a great activity for improving fine motor skills and hand+eye coordination and the great thing about it is that no batteries are required!

Suitable for ages 6 – 14 years, but I bet the adults won’t be able to resist having a go!

The Number One Kids’ Learning Tablet/Gaming Console has been updated and the LeapFrog LeapPad2 Explorer is full of exceptional quality educational content. With so many ways to play and learn the 4GB of memory and the faster processor speed bring everything alive seamlessly and quickly.

New features include front-and-back video recorders and cameras, plus free Apps that will extend your child’s creativity. There’s so many ways to play and learn through the included music, Apps, games, eBooks and videos.

The kids’ fav characters Jake and Bucky, from the Jake and the Neverland Pirates TV Show, provide music and plenty of play in this great toy from Fisher-Price. Full of fun and unique features, everything is provided to help Jake fight off the dastardly Captain Hook and the not-so dastardly Smee. Even the Tic Toc Croc is included.

Other features include: Jake and Skully figures, three “water-ball” projectiles that can be fired from the spring-loaded canon, 25 action phrases plus a pirate song and Bucky has a realistic rocking motion.

Toys That Boys Want The Most

What are the most wanted toys by boys this year? Ads on TV and in magazines might offer an idea except that those ads are being paid for by the company who makes the toys which slants the results somewhat. Looking at a best selling list of toys might help, but those are the toys that adults have purchased for a boy and not necessarily what he actually wanted. I have consulted a list of most wanted toys by boys and have compiled a short version here on this page for you to look through for ideas on what to buy a boy that will be something that he really wants to play with.

The Angry Birds Star Wars Jenga game is for 1 or 2 players. Make the Death Star by stacking the Jenga blocks and then launch the Angry Birds to attack it.

Included are Luke Skywalker, Han Solo and Chewbacca birds which are launched in the X-Wing Fighter, Darth Vader and 4 Stormtrooper pigs.

These Snap Circuits are a fun introduction to electronics and how they work. This hands-on kit has over 30 color-coded, real circuit components that easily snap together to create a range of circuits and devices.

Suitable for ages 8 years and up – if your children like it, the set is compatible with more advanced snap circuit sets, so they can create more and more complex electronic circuits.

– One of the best selling toys on Amazon

The Ninjagos mission is to use the Ultra Sonic Raider to track down Pythor and his side-kick Spitta, a soldier of the Venomari tribe, who have stolen the Fangpyre fang blade

Pursue the baddies across the rugged terrain or convert the Ultra Sonic Raider into a flying vehicle and take to the skies. Or you may just be successful by lulling the snakes with some ancient snake music.

Kre-O vs Lego – Which is better?

Convert Brok the Dinosaur into a race car with just the flick of a few switches. When in dino mode, Brok will move his mechanical and motorized neck when you push a button. Push him along and he will stomp his feet.

In car mode, you can load up and carry your favorite Switch & Go Dinos (not included). A race car is also included together with a pterodactyl. Both can be launched by pushing on the spoiler.

Boys do not play with dollhouses, gracious no! But they do like to have buildings that their action figures can hang out and do cool things in. Boys are asking for the Fisher-Price Imaginext Batman Gotham Jail, this year. There are five jail cells with images of Gotham City’s most famous villains. A boy can even use the Bat signal when Batman needs to come to the rescue.

A great kick scooter for boys aged 5 years of age and older. Conveniently folds up for transporting in the car. Sturdy aircraft grade aluminum is used in the construction of this scooter. Offers a rear fender brake for quick stopping.

Boys can fly this helicopter outside but it is also small enough for indoor flights, too. Made of durable metal and sure to offer hours of fun for boys to pretend to fly and even battle with each other.

This rock crawler offers a fun remote control experience for boys. Articulated suspension for both the front and rear of the vehicle and two motors with low gearing. Runs on 3 AA batteries for the off road vehicle and 1 9V batter for the controller that will need to be purchased separately. Recommended for boys 8 years old and older.

Toys That Encourage The Love Of Sports

Boys, girls too, should be encouraged to play some kind of sport. They can choose which sport they like the best. Playing on a team sport provides lessons in following direction, teamwork and getting along with others. Individual sports are great, too, for the discipline they learn in honing their skills. A few toys that boys love that are sports driven.

Whether it’s an iPad mini, a Nexus 7 or a Kindle Fire – a tablet makes a great gift for any child.

It is useful to know that all three have parental controls options built in, so that is not the standard to pick one by.

When it comes to apps the difference isn’t all that great either: all the popular gaming apps and ebook apps are available for all three.