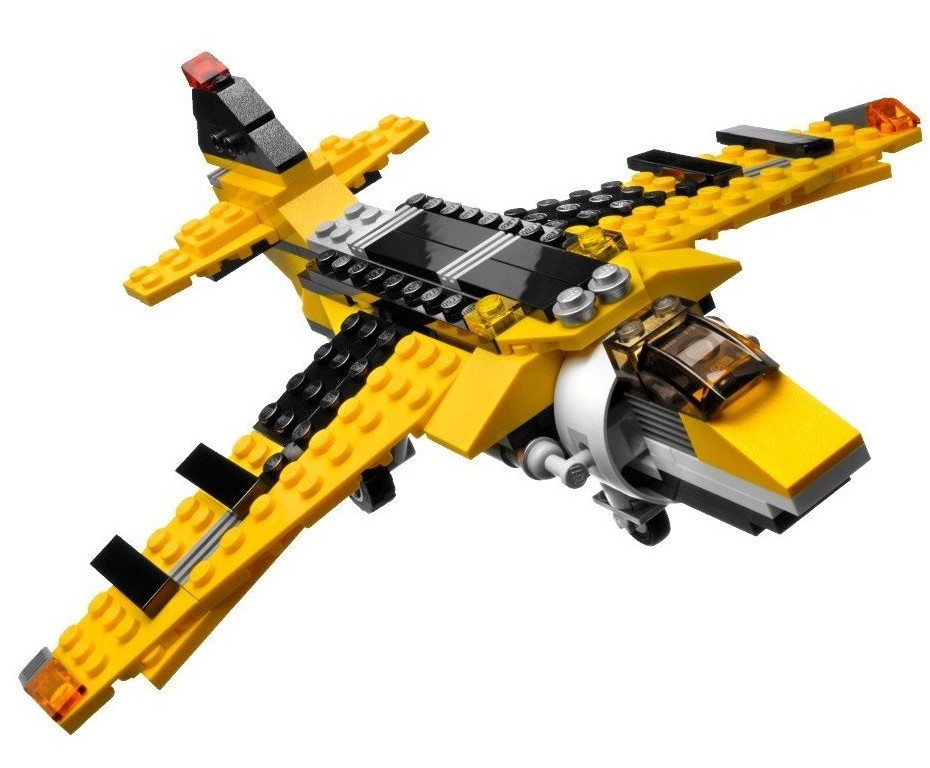 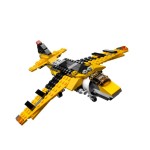 Do you have a budding little pilot on your gift list this year? Maybe it isn’t so much that he wants to fly the planes but he loves the machines and all things about flying. There are several items that you can consider that are not all in the toy category. I will show you some airplane toys plus some books, model airplanes and even some items for his bedroom walls.

Young boys and older boys seem to have a real fascination with the concept of flight. An aircraft toy makes a wonderful Christmas gift for boys who love airplanes. Many of the toys allow the boy to build his own airplane before he begins to pretend to fly it which is good for encouraging problem solving skills along with improving dexterity. These toys can provide hours of fun for your little guy! Who knows, you might instill a desire for him to grow up and become a pilot, a designer of airplanes, or an astronaut.

Children will have a ball riding on their own airplane with their buddy Elmo from Sesame Street. There are sound effects and music plus Elmo says a thing or two. A fun light show from the spinning propeller delights the kids! There is storage under the seat. Requires 3 AA batteries that are included in your purchase.

This take apart airplane has been in the Top 100 best sellers on Amazon for over 2 years.

What a wonderful airplane toy for boys! The set contains 25 parts with 21 of those parts being the items needed to build the airplane. Included is a drill that has three different bits (flat screwdriver, philips-head, and wrench). The parts are designed for small hands to be able to work with. Your little boy can build the airplane, play with it, and then take it apart again if he chooses.

Two AA batteries are required for this airplane toy set and are not included when purchased.

Future little pilots will have fun with this Little People set by Fisher-Price. The handle allows small hands to be able to pretend fly the airplane. The Little People wiggle and wobble when the wheel is turned. A fun way to learn about high and low during their development, little boys can take flight with their own imagination

Set includes the airplane along with three people: Mia, Roberto, and a pilot. You will need to purchase 3 AA batteries separately for the talking, lights, sounds and songs to work.

Recommended for preschool aged children to play with.

A toy where boys can combine the joy of airplanes with pretending to race the planes, too. There is a plane, a figure and a helmet included in the Sky Racer set. The propellers will spin. Wheels will come down for landings and the cockpit allows the figure to sit. Boys press a button and watch the airplane spin.

No batteries are required to operate this toy. Imaginext have become quite the popular series of toys for boys to play with. There are more than one featuring airplanes. 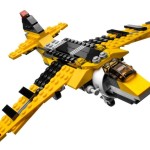 The Lego Creator kit for building an airplane includes 247 pieces. Build a propeller plane, a jet, or a helicopter with the available bricks and pieces. The propeller will spin and the landing gear can go up and down. After building the plane of their choice your young boy will have hours of fun with airplane play.

The propeller plane will have a wingspan of 11 inches and a length of 9 inches after the build process. A good set for the beginner or intermediate level of Lego builders.

Recommended ages for this airplane toy for boys is 7 to 12 years old.

Many young boys are enthralled with the TV series Ninjago so a gift of the LEGO set that builds Jay’s Storm fighter is a great idea. Once he has built the airplane he can enjoy hours of playing like he his flying it. The set includes all of the bricks and pieces to build the plane plus two figures. There are weapons that are used in the cartoon series, too. When completed the airplane storm fighter will be 12 inches long and 13 inches wide.

Ninjago toys are very popular with young boys! Now they can build a Storm Fighter plane to add to the fun of playing with other Ninjago characters and sets. JayZX and Snappa are included in the set. The weapons included are a snake sword, two torches, and two golden ninja serrated blades. Boys can launch the wing attack function while blasting and through their pretend skies and defeating the Fangpyre Scout Snappa.

After built the Sky Fighter will measure 12 inches long and 13 inches wide, so it is no tiny little airplane!

Age recommendation for this airplane toy for boys is 7 to 14 years of age.

SYMA RC Helicopters are a big favorite of kids and adults who love flying RC choppers.

These flying toys make a great gift idea for birthdays, Christmas, New Year, and other celebrations. Flying helicopters are some of the most enduringly popular toys for boys of all ages.

Young boys will love flying this helicopter with the help of Dad or another adult while the older boys will be able to fly it by themselves. The copter can fly up, down, forward, backward, left and right. Recommended for solo playing for 14 year olds. Younger children should have adult supervision.

For boys who are 8 years old or older a model airplane kit makes a nice gift. The pieces are snap-on so there is no glue necessary. The pieces are already colored so there is no need to paint them either. A lot less messy for Mom! The instructions are illustrated with an easy to follow format. A perfect idea for the young model enthusiast.

See also these airplane books for boys and other airplane gifts