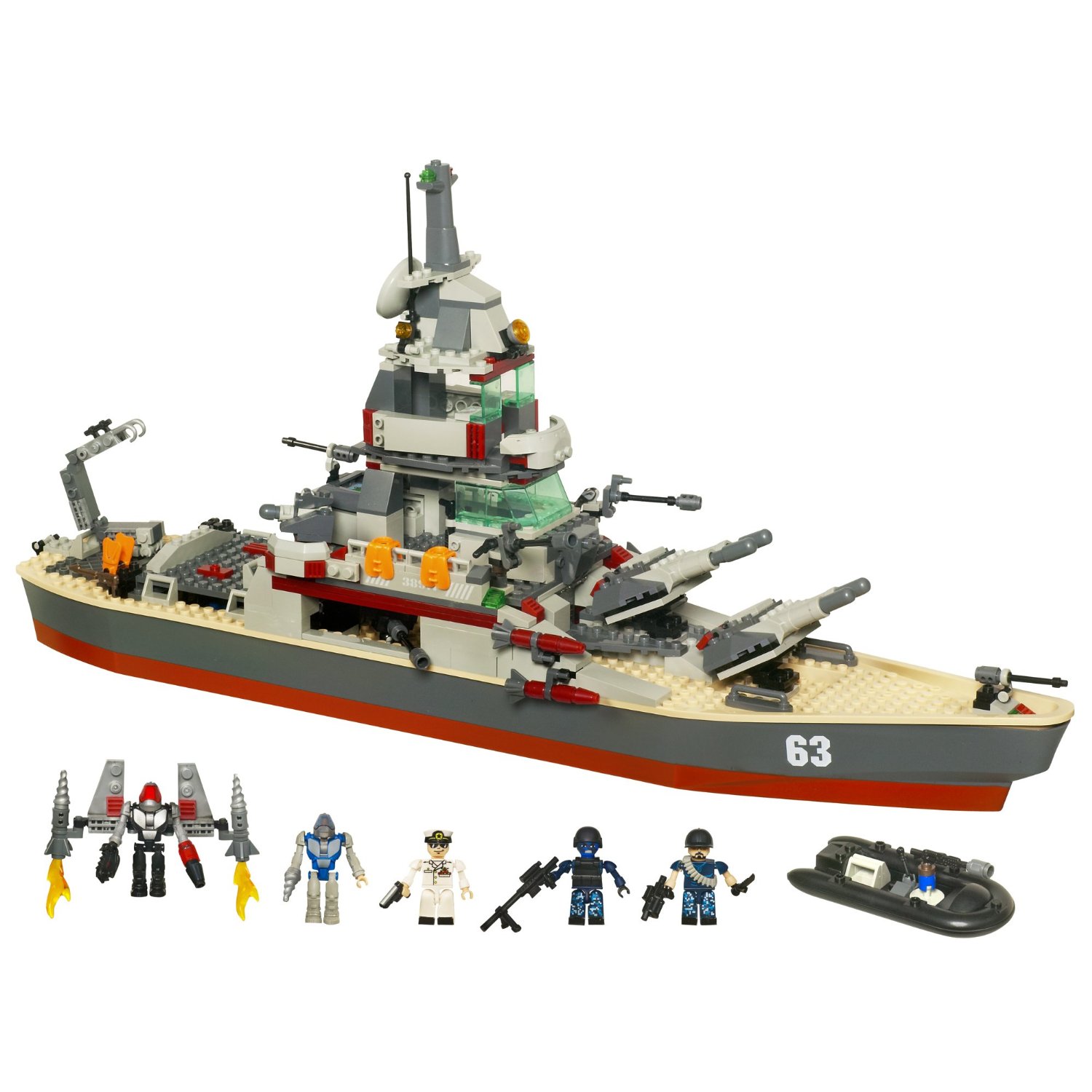 Kre-O by Hasbro is a series of construction sets very similar to LEGO. In fact, Lego pieces are compatible with Kre-o pieces (and vice versa).

Kre-o is also, as you would expect from a new competitor, cheaper than Lego. In other words: you get a more complicated set for the same bucks. When it comes to the minifigures, they’re slightly larger (1 3/4 inch as opposed to lego’s 1 1/2 inch). There are two kinds: ‘humans’ and ‘kreons’. The latter are from outer space! The have a slightly more complicated physic than Lego minifigures – with elbow joints and consequently arms that move in more directions. What’s more: there are ‘micro-changers’ – mini-transformers.

Generally users are very happy with their Kre-o sets and the Kre-O Transformers add a dimension to construction toys that is new – not available from Lego. It’s not just that these are war-toys, but also that you can build a large war-robot from the same pieces that you can use to build a car, truck or fire-engine. 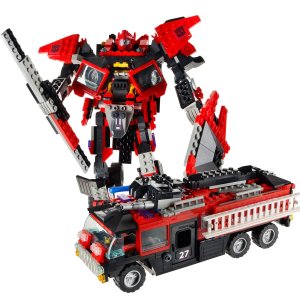 Kre-O Transformers are real cool toys for boys for one simple reason – you get two toys for the price of one. Action Figure A Vehicle = lots of fun and excitement for the kids. Add to that the recent release of the popular movie Transformers 3 : Dark of the Moon, and you have a Toy Line which is up North in millions of wish lists. Kre-O is a new line of construction Toys from the reputed Toy manufacturer Hasbro. The Transformers construction sets mark the launch of Kre-O building blocks. These mighty beasts/vehicles will surely be very popular during Christmas. Grab your pieces before the stocks run dry!

This set has the Optimus Prime KreO Robot which can be turned into a truck AND a battle station. Included are 5 small kreon figures and two motor cycles, all of which fit into the truck. 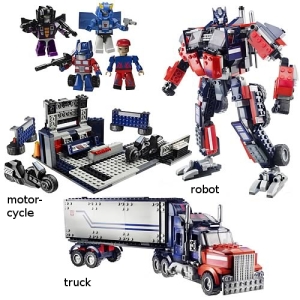 If you look carefully on the side of the trucks and the robot you can see why people compare these sets to Lego. The difference is clear though makes way less interesting giant robots 🙂

This construction set s special, as it is a three in one Toy!!! Apart from assembling it as a Robot and a Truck – you can also use it as a Battle Station. Just detach the truck’s cab and your command center is ready! Certainly the top pick among the Kre-O Transformers sets for Christmas.

Recommended For ~ Children Between 8 and 14 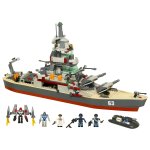 An exciting and challenging set that rivals LEGO sets in complexity. Users note that it is fun to build, though some parts are more fragile than you would expect from a LEGO set.

KRE-O Transformers Bumblebee Construction Set (36421) Use the three hundred and thirty five Kre-O bricks to assemble the Yellow and Black Transformer Robot, or the cool looking car. The set also includes three cool Kreon figures – BumbleBee, Red Alert, and Driver. You can seat up to 2 of them in the BumbleBee Car!

Recommended For ~ Children and Teens Between 7 and 14 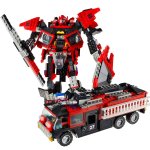 KRE-O Transformers Sentinel Prime- FIRE TRUCK This robot turns into one of the favorite wheeled vehicles of boys: the firetruck. And vice versa of course. Is this robot really all that bad?

KRE-O Transformers Autobot Jazz construction Set (31146)
The stylish robot can also be converted into an equally stylish car. As a bonus – this pack contains 2 Kreon figures – Autobot Jazz and Race Driver. Seat them inside the Car and get ready to blast the enemy!

Recommended For ~ Kids and Tweens Between 6 and 12

Recommended For ~ Kids Between 6 and 12

NOTE: these are just the minifigures, NOT a complete KREO construction set.

However, they do go well with other Kre-o sets, for pretend (war) play.

KRE-O Transformers Starscream Construction Set (30667)
Our Warrior is all set to rule the skies – as a Robot or as an Airplane. He is one of my favorite Transformer, and I am sure kids who like Airplanes and Rockets will love to receive this Kre-O Transformer as a Christmas Gift.

Recommended For ~ Kids and Teens Between the Ages of 8 and 14.

So, which do YOU think is better?

On balance I think it really depends on what kind of construction-toy project you want to take on. Lego has a more diverse collection of sets – from complicated architecture to Star Wars, advent calendars and tree houses. Kre-o has a more limited range, with sets aimed more exclusively at boys and their tendency to play war games.

One thought on “Kre-O vs Lego – Which is better?”