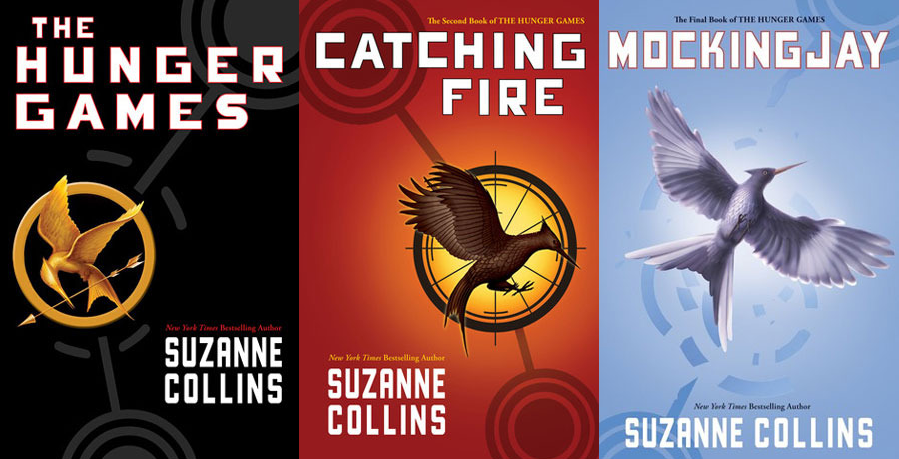 Find the most popular fantasy fiction books and novels for teenagers and young adults!

Looking for the most popular teenage books? You found the right place! Take a look at this really popular fantasy fiction novels teens and young adults are really enjoying reading! This books are really interesting and will keep you and your teen turning pages all day.

I love reading books and I hope this page helps you choose a book for your teenager or for you to read. Once they start reading, they won’t stop, just like we did.

These best selling books are great to get your teen to read – they’re often so popular that movies have been made out of them. They bring up themes of romance, ethics, suspense and growing up: a great mix for your teen to stay interested and learn. Most of these are quite modern in that the girls get as much (sometimes more) action than the boys – but that doesn’t mean they are interesting only for girls.

The Hunger Games – The Best and Most Popular Book for Teens Out There! 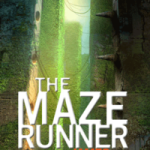 We thought Harry Potter was setting kids to read? Well, yes, it did. And they keep reading it into their teens. Only the first novels are really suitable for 8 through 12 year olds. The rest is more suitable for teens.

But after that they are turning to the Hunger Games. It describes a world in which competition is cut-throat and all of life is literally a competition. Not the most happy of worlds to grow up in, but it does reflect some of the reality of today as well as give plenty of adventures and teen-angst to get caught up in, in the novel.

“Hunger Games” is a game that is played every year when twelve districts have to send a girl and a boy. Those two tributes need to beat each other until one of them dies. The winner’s district will get rewarded by high living in their own district. This awful situation understandably makes the people terribly angry, but at the same time it is used by the government to keep them in line.

Katniss wins the games in the first volume and becomes a folk hero by also rescuing Peeta, a neighbour from home. In the second volume they have to compete AGAIN under even harsher circumstances. However, resistance to the government is mounting. In the third volume the government is replaced.

The series is very exiting. It mixes the story of growing up with war-like circumstances. The novels are reasonably psychologically realistic- with the result that the ending is not quite as happy as a dreamy eyed teen might like. This has not stopped teens from eating them up, so I guess they love it because it is not sugar-coated.

With a strong female lead, this book will give girls an active role model to follow as well as help boys socialize to the idea of strong women.

Once they’ve finished the series the following are a great followup:

In Beatrice Prior’s dystopian Chicago world, society is divided into five factions, each dedicated to the cultivation of a particular virtue—Candor (the honest), Abnegation (the selfless), Dauntless (the brave), Amity (the peaceful), and Erudite (the intelligent). On an appointed day of every year, all sixteen-year-olds must select the faction to which they will devote the rest of their lives. For Beatrice, the decision is between staying with her family and being who she really is—she can’t have both. So she makes a choice that surprises everyone, including herself.

When Thomas wakes up in the lift, the only thing he can remember is his first name. His memory is blank. But he’s not alone. When the lift’s doors open, Thomas finds himself surrounded by kids who welcome him to the Glade—a large, open expanse surrounded by stone walls.

The books has a lot more details and it way more excited than the movie. While reading this book, it was like watching the movie, I was picturing every single thing. This book can get very addicting once you start.

Bella, a seventeen year old moves to Washington to live with her father. She meets a guy name Edward, something is different from Edward and Bella can’t figure it out. Edward and Bella become friends, It’s a unique friendship since Edward is not like any other guy in the school. Bella falls in love and finds out him and all his family are vampires.

Bella has rightly been accused of being the ultimate passive girl waiting for her night in shining armor. To find a vampire in that role is disquieting when you think about it too long.

This book is one of my favorite books, it takes you to a different colorless world. I’m still waiting to watch the movie from this book! This book is very detailed and easy to understand. I recommend you not to miss this book, a interesting book that will just keep you reading.

This world is perfect, no sickness, no crime, nobody will ever starved. Everyone in his community is assign certain jobs, you need to apply for children. You even need to apply to find a husband. Jonas, a 12 year old boy is chosen to do the most important job in his community. To be the Community’s Receiver of Memories. If this wasn’t enough of a theme to set you thinking, it also deals with  “mature themes” like euthanasia, infanticide, and suicide. Since teens are at an age when they are becoming aware of society, I think it is good to give them literature that will make them think.

This is a fun fantasy regency romance novel and detective. Kate and Cecelia are cousins who get separated because Kate isn’t allowed her ‘London Season’. That is: she is stuck in the country while Cecelia goes to balls and parties. That is the start of their correspondence, which forms the body of the story. We follow Kate and Cecelia as they get into magical trouble and solve it and meet the loves of their lives in the process.

It’s fun and it’s romantic. I do not really recommend the two followup novels. The first (The Grand Tour: or the Purloined Coronation Regalia) didn’t keep my attention long enough to keep reading. The second (The Mislaid Magician: or Ten Years After) is alright, but without romance to spice things up, it is merely a fantasy detective novel set in the regency era.

Despite the regency setting, Kate and Cecelia play a large part in getting rid of magical threats – their romantic interests do (predictably) try to keep them safe, but they only get about half the action.

A Tale of Time City

Diana Wynne Jones has been called a J.K. Rowling fore-runner. Throughout her career she focused on fantasy for young adults. Some of her books are aimed more at pre-teens, but most are quite amusing to adults as well. I guess that means that they will be fun for many teens also. However, for this list I have picked the ones I think of as more teen-ready. Some even have (very innocent) romance.

Wynne-Jones was, like Rowling, almost required to have a male hero. She smuggled her girls in. Again like Rowling. However, as she became more popular I think she was given more leeway. In a Tale of Time City it’s two boys who live outside of time (literally) in Time City. They kidnap a girl to also live outside of time. The three of them, helped by a varying caste of characters, find themselves having to save the future universe.

This is an intricate time-travel dance. I would recommend it to teens and not younger kids mostly because there are so many conceptual threads here. Somehow Wynne-Jones ties them together in a way that seems effortless, but I don’t think many kids below 12 will get it.

This is one of Diana Wynne Jones’ most popular books, especially after it was turned into a movie. It is a bit like Cinderella, except that all the details are different. Sophie is the oldest of three girls – the youngest being the daughter of her stepmom. In this magical world the fact that she’s the oldest means that she’s destined to remain ordinary. Or so she thinks. She finds herself in adventure after adventure though and it turns out (at the happy ending) that she was the only one to consider herself so lowly.

This is also a (light) romance and full of interesting characters. Witches, Wizards, moving castles and dogs.

Lord of the Rings and The Hobbit

Now that movies have been made of The Lord of the Rings and The Hobbit (though not all of the latter are out yet), I guess I can confess that I read both of them as a teen in the 90s when I was about 17. My father had ‘read’ (aka retold) the story to us growing up, on our Sunday walk as one way to keep us coming along without too many complaints.

The Hobbit is a nice size book and not too dark or too involved. Tolkien wrote it for his children. The Lord of the Rings is another matter. I’m sure I must have skipped a lot in the middle when they’re traveling through Middle Earth to get rid of the ring in Mordor. Gruesome and boring I thought at the time. Still – I guess to me it was teen literature.

There are hardly any women at all in Tolkien’s universe. It’s a pity, but his books are no less world literature for it.

What are your favorite books for teens? Fantasy, Science fiction or something else?