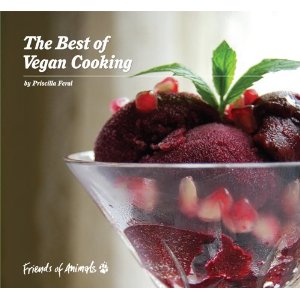 One reason I’m a vegetarian, and not a vegan, is because vegan cooking is so far out of the realm of the cooking tradition I grew up in. How do you cook vegan and stay healthy? Don’t worry – I won’t try to convince you you’re not eating healthy. Chances are, after all, you’re not stuffing yourself with french fries and burgers daily.

Vegan cooking is a challenge – even in today’s world with soy products available almost everywhere. And isn’t that the point? ALMOST everywhere? So, for your vegan friends – or your meat eating ones to give them a tip on what to serve you – some (Christmas) gift ideas: some of the best vegan cookbooks of all time! I’ve focused on quick and easy recipes, the kind I have a chance of making myself.

Even if you’re here looking for a vegan cookbook merely to get some variety in your cuisine – these cookbooks will be a definite addition to your kitchen library. Some are even available on kindle.

Do you have Vegan on your gift list this year? Are you a little stumped for gift ideas? Why not consider a Vegan Cookbook? I have compiled a list of the top five of the best vegan cookbooks on the market today. Each cookbook has been rated 5 out of 5 stars by people who actually use them and that is how I can state that they are the best. There is just no better kind of recommendation for any product than from real people who have used the product.

Vegans are often referred to as “strict vegetarians” because they exclude any animal based products from their diets. So they don’t eat meat, fish, eggs, milk and dairy products. Many vegans will also exclude foods that are processed with animal products such as white sugar that has been refined. They also avoid leather. As you can see, cooking meals in the vegan way will call for different products than one might be used to. See below for more information on what it means to be vegan.

This is really a ‘how to become a vegan cook’ recipe book. It has a whole section on how to prepare food, which is great for kids who are just leaving home for college or work and have to cook for themselves for the first time. Alternatively – to give to your teens who you’ve gotten to cook for the family weekly.

Every recipe comes with color photographs to make your mouth water.

This is one of the most popular vegan cookbooks on Amazon with a whopping 410 customer reviews.

This cookbook offers over 250 recipes that cover all types of dining needs. They have included low fat, soy free and gluten free recipes, too. You won’t find fake meat ingredients or egg substitutes in this cookbook. These two gals know their way around the vegan kitchen and offer robust and delicious recipes.
As a bonus there are menu suggestions and color photographs that just make your mouth water!

Isa Chandra Moskowitz and Terry Hope Romero are best-selling vegan cookbook authors. People love their books for the style of writing and the great descriptions on how to make the recipes at home.

Vegan on the Cheap: Great Recipes and Simple Strategies that Save You Time and Money by Robin Robertson

In the current economic climate a good cookbook that helps you create affordable dishes that taste great is always going to do well.

Aside from creating recipes that will make vegans and omnivores mouths water, she also gives tips on how to save as much money as possible in your kitchen:

The only downside to the book is that the directions are meant for experienced cooks. If you’ve never made a sauce before, you might end up missing important steps.

The recipes cover the whole world in flavor: from American to Asian and Mexican, for instance.

The 30-Minute Vegan: Over 175 Quick, Delicious, and Healthy Recipes for Everyday Cooking by Mark Reinfeld and Jennifer Murray

Recipes that taste well, inspired by the top chefs, but take only 30 minutes to prepare. Really, what more could you want out of a vegan cookbook? Amazon reviewers give it nothing but 5 stars.

Suitable for beginners as well as experienced cooks.

This book is clearly meant for beginner cooks. It includes a whole section on ‘Preparation basics’. This section involves an overview of ingredients often used in the book: from legumes and nuts to tempeh and noodles. That’s good, because one audience for 30 minute recipes is obviously students who are cooking for the first time and want to stay vegan while doing so.

The kinds of recipes you’ll find cover all the basics. From smoothies and snacks to breakfast, salads, soups, lunch, appetizers, dinner, comfort food (!) and desert.

The recipes include super foods – that is foods that are particularly rich in healthy nutrients.

The book is well illustrated with black and white pictures.

I asked my readers on a previous version of this page:

Are you a vegan or a vegetarian?

The Best of Vegan Cooking by Priscilla Feral

A great book to help you throw a vegan dinner, whether it’s because you are vegan yourself, or because vegan guests are coming. 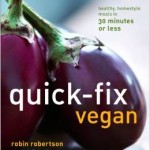 Society is so busy these days, so having a cookbook that gives us recipes that are finished in 30 minutes or less are quite popular. When your life is hectic you do not have to settle for some frozen concoction that has little or no taste. Robin Robertson gives you quick meals with wholesome food products that are really tasty. Her experience as a chef and caterer in the last 25 years gives confidence in the meals that you can prepare from this cookbook. She is also a long time vegan, herself which makes a difference in the recipes she recommends, I think.

The cookbook is a paperback edition with 224 pages and was published in 2011 by Andrews McMeel Publishing. It is also available on Kindle. 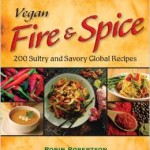 If you or your vegan friend like the spicy cuisine, then this cookbook is a really good choice! Meatless, dairy and egg free recipes from around the globe that are from mildly spicy to down right on fire hot. Using easily obtained ingredients you can prepare dishes that are 100% vegan by following Robin Robertson’s directions. Over 200 recipes are included in this 268 page cookbook. 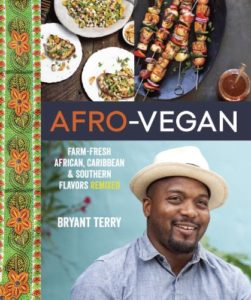 If there is one area of life where multiculturalism is an unabashed success, it’s cooking.

After all, who doesn’t like a bit of variety in their food?

Bryant Terry delves into the complex flavors of the African continent, Caribbean cuisine and Southern cooking in his ‘Afro-Vegan’.

That’s one combination I think few people would have made: Southern cooking and going vegan.

The reviews are raving – not merely for the recipes, but also for the exquisite styling of this book. Of course that makes it the perfect gift for any cook  who likes to experiment with fresh tastes.

And Bryant does more than just share interesting and tasty recipes. He combines each recipe with a suggested Afro music track. From rap to Buckwheat Zydeco.

If that sounds way too exotic for you, don’t worry. Smashed Potatoes, Potluck dinners and refreshing summer drinks also make an appearance. 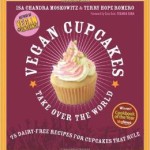 To Satisfy The Sweet Tooth

Vegan Cupcakes Take Over the World: 75 Dairy-Free Recipes for Cupcakes that Rule

If there is one type of cooking that most people would think NEED eggs and dairy, it’s cupcakes and pies.

Enter ‘vegan cupcakes take over the world’ – 336 people reviewing this positively on Amazon is testimony to the fact that it IS possible to make tasty cupcakes without either dairy or eggs. After all, if it don’t taste right, why would you make cupcakes at all?

Who does not enjoy a great dessert sometimes? Your hankering for something sweet can be satisfied and still follow your vegan diet. Written by the hosts of a vegan cooking show, The Post Punk Kitchen, the recipes for cupcakes made with absolutely no animal products is certainly a welcome addition to a vegan kitchen. Besides the great tasting recipes you also get some shopping tips, decorating tips and guidelines for baking. 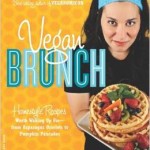 Often times when we think of brunch type foods we figure vegans will not be able to eat them. Not if they are made with dairy products and eggs. I’m thinking pancakes, I’m thinking bacon or French Toast which would be a real no-no for a strict vegetarian. Well, now you and your fellow vegans can enjoy some wonderful brunch foods from the recipes in this cookbook. Author Isa Chandra Moskowitz offers recipes for pancakes, waffles and other delightfully delicious foods. She also has included some gluten free and soy free recipes within the 75 recipes in the book.

Vegan cooking has the reputation of being good for weight loss for all the wrong reasons: not enough nutrition. This cookbook helps you cook vegan of course, helps you lose weight and yet stay healthy.

Simply Set It and Go with 150 Recipes for Intensely Flavorful, Fuss-Free Fare Everyone (Vegan or Not!) Will Devour While most of the cookbooks on this page help you get your meal ready fast, this one is all about taste and taking your time. For that special dinner, Sunday night get together or family night.

200 Sultry and Savory Global Recipes. Vegan cooking is traditional in cultures (mostly Asia) where they use a lot of spices in their food. This cookbook reflects that global heritage.

I love the four ingredient cookbook, it makes it so simple and most of the recipes are delicious. I am not vegan but only eat meat when I go out, as a coeliac who is dairy free I find it a real struggle to be completely vegan as most places when we eat out do not cater for me.

However I cook vegan at home and love the different recipes that people have created, I love all cakes and take great pleasure in cooking and eating them!

Types of Vegetarians: not all are vegan

Did you know that there are different types of vegetarians? If you are a vegan yourself, you probably do. However, if you are shopping for someone else, you may not. Here are a few of the distinctions:

Reader recommendations (and add your own)

A reader said on a previous version of this post:

I just bought two cookbooks in the last 2 months and both are on your page: Vegan Cooking for Carnivores: Over 125 Recipes So Tasty You Won’t Miss the Meat and the Forks Over Knives-The Cookbook 365 Days of Recipes. I love them both! I decided to go vegan after seeing the Forks Over Knives movie. The cookbooks make life simple and delicious so I can keep up with my lifestyle. I have to try a few more cookbooks on your list! Thanks for the wonderful tips!