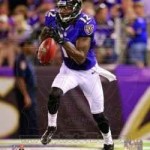 The National Football League is sheer madness! Formed about 90 years ago – it boasts of the highest average attendance of any Pro-League on the Planet!

It stimulates the imagination of an Average American like no other Sport. Don’t we love to cheer on our Team while watching the Game on the Telly or in the Stadium?

Let’s take a look at the Best NFL Football Gifts 2013 available for purchase. No doubt these will cheer up the die-hard Football Fans.

This post was guest written by a male friend of mine who chooses to remain anonymous.

A Photograph, Jersey, Helmet, or Football is no doubt a good gift idea. However, it becomes extra special if it is Autographed by an NFL Player. Though I am not an expert in the field – I do watch TV a lot and there is a good chance that the value of these items may appreciate over a period of time. Doesn’t seem a bad investment idea at all. Please visit Amazon to check out the selection of NFL Autographed Items available. 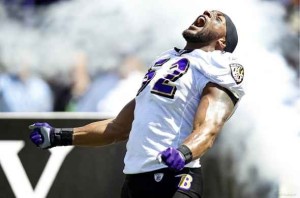 As a kid I used to decorate the walls of my bedroom with the Posters of my favorite sporting heroes. I am sure the trend hasn’t changed in the past couple decades. NFL Posters are a really good gift idea. Be sure to know who the favorite NFL player of the gift recipient is, before you make the purchase – that would be the deciding factor in how well the gift is received. It’s not just the current stars the NFL Fans worship. A large number of us also remember the Golden Oldies. Please check out the following link in case you’d like to know some of the Best Football Players of All Time – All Time 100 Greatest NFL Players. Shown here: NFL Baltimore Ravens Ray Lewis Making an Entrance In Your Face Mural Wall Graphic 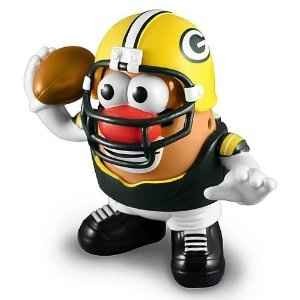 The National Football League has Spawned a huge line of Toys and Games for Fans of all age groups. Whether the NFL Fan is a Tween, Teen, or Adult – there are hundreds of real cool gifting choices available. Just pick your Team and scan through the Figurines, Action Figures, Pillow Pets, Playing Cards, and other alternatives and you’ll get my point. My personal Favorite is Mr. Potato Head

dressed up in the uniform of different NFL Teams. I am sure the kids will be delighted to have him in their Room.

Not sure what you want to gift the NFL Fan? However, you know that it has to be something under $ 50. Amazon has a solution for us – there are nearly 2 million gift items available! Please check out Best NFL Gifts Under $ 50. There is no doubt that Amazon is organized superbly and if you check out the left side-bar on the page – you’ll notice the NFL Gift Items have been organized by different teams. Whether the gift recipient supports the Arizona Cardinals or the Washington Redskins – or any other NFL Team – you have lots and lots of items to choose from.

Now for a feminine finish (this is Katinka back again)