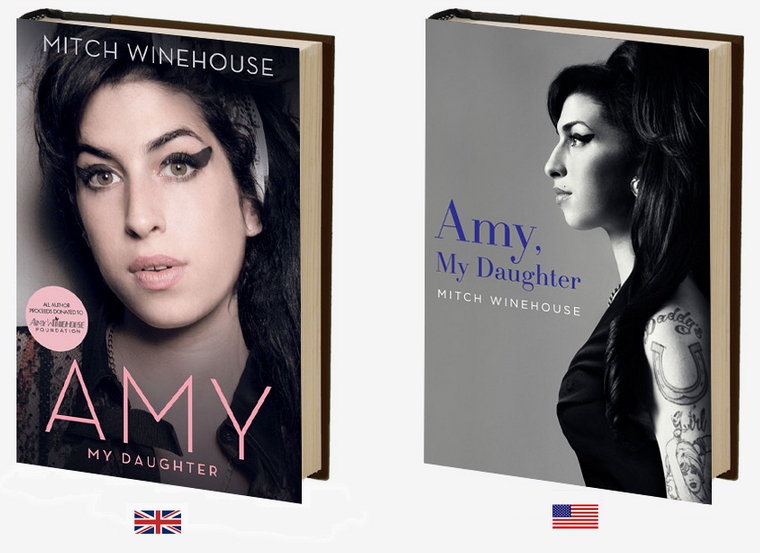 Amy Winehouse  (14 September 1983 – 23 July 2011) was one of the more notorious female singer songwriters of her generation. Her looks – 60’s inspired as her dad reminds us – her lyrics and her bouts of drunken and drug induced madness. In the end she (probably) died of an alcohol overdose, after having finally kicked the harddrugs habit.

Her father Mitch Winehouse started writing this biography not long after he lost her in 2011. As a result, her drug and alcohol dependence, which he was closely involved in monitoring and trying to help her curb, figure closely in the biography he wrote. In fact, the book reads like a train wreck waiting to happen from day one: Amy Winehouse was the spoiled and willful second child who did everything in her power to amuse everybody, including herself. She loved pranks and didn’t get the time to outgrow them, really.

This book is decently written, though not a literary masterpiece. The interest in it should depend on two things: first off, of course, the fact that it’s an AMY WINEHOUSE biography, and written by her father no less. As such it’s also testimony to the life of one of the many music artists today who get famous too young to be able to handle it. Amy Winehouse went from precocious music student to huge audiences practically overnight. She had no time to learn to deal with stage fright, finances etc. She wasn’t the typical child star, as she created her own music and her own looks, but she was still too young to handle what fame does to life.

We’re used to these stories by now: whether it’s Justin Bieber or Michael Jackson, child stars never seem to grow into the most balanced human beings. Of course it’s probably a biased picture because the child stars who do NOT fall into the traps fame offers, don’t make as many headlines.

Anyhow, the second interest group for this biography is anyone who is interested in learning about the cycle of drug abuse and alcoholism. Mitch tells his tale of trying to deal with his daughter’s problems realistically and without sparing himself. We are witnesses to his struggle to accept that ultimately it’s Amy that has to decide to quit. It’s Amy that has to realize how deadly her habits have become. In the end she died, because she didn’t realize strongly enough that binge drinking on an already vulnerable body (wracked by too much drugs and alcohol) was lethal. For her friends and family it must have been all the more poignant because she was in fact doing well in her recovery, overall.

It’s the sad story of the loss of a talented and generous person who had much to offer the world. Mitch tells this story in a way that brings us almost uncomfortably close to both his daughter and himself.

Disclaimer: I read a bloggers preview version of this book. The editing wasn’t fully complete and the images present in the hardcover version were absent.