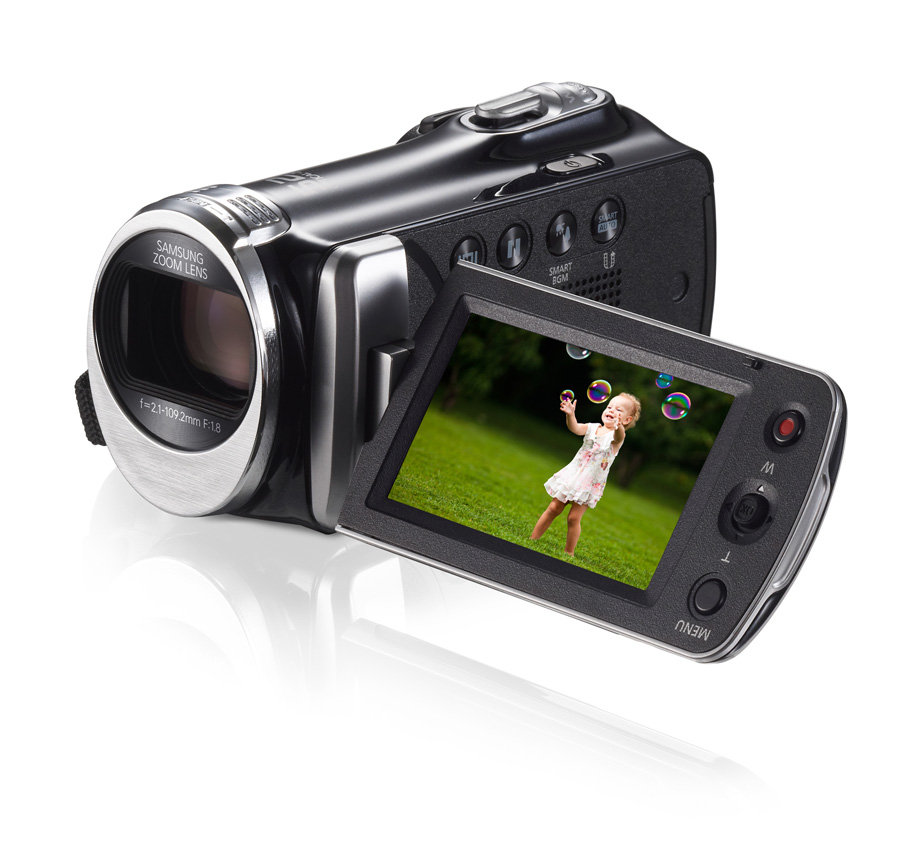 When buying a camcorder there are a few things to take into account:

Digital camera’s can take video too, these days, so your teen may not need a video camera at all.

The result is that most affordable video camera’s on the market have very low user ratings: they just aren’t doing what people expect them to do. This is no doubt partly because they choose the budget options.

The main differences between a digital camera and a video camera are as follows:

There are several options that can make your teen happy and fit into your budget, too.

This Samsung camcorder is the best selling camcorder on the market. That makes sense: it’s only a bit over $100 and yet it records HD video, has 52x Optical Zoom and it makes it easy to create high definition stills (aka pictures) as well.

What’s more, users report that it takes great video even under low light conditions and that it has over 4 hours of battery life.

On Windows this camcorder makes it very easy to upload video to YouTube. You just connect the video camera with your PC through the USB cable and click the One-Touch Sharing Button.

When recording a game, you can just pause the recording during halftime and take up right where you left off when they start again. This saves editing afterwards. 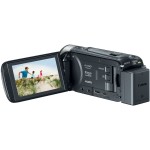 Like the Samsung above, this is a good allround video camera. It is mostly used by families, because it is just a bit more upscale. For instance, it has the option to connect an external microphone so that you get better sound when creating a YouTube video.

Unlike the LCD screen of the Samsung, this is a touchscreen. This means you can more easily do things like zoom without having to find the right button. Since I doubt your teen will need the ‘baby-mode’, this camera is probably only suitable for the teen who is on her way to become a YouTube star.

The various filters make it easier to do some basic atmospheric editing on the fly: sepia, dramatic, or nostalgic for instance.

Unlike the Samsung camera above, this camcorder does NOT have a pause mode: every time you begin recording, it will automatically create a new video. This means that if you want to record a game, you will either have to keep filming during intermission (and cut out the intermission later) or create two videos and stitch them together afterwards.

On the heaviest setting, this camera will run for about 2 hours straight. That’s less battery life than the Samsung featured above.

When it comes to Sports & Action Video Cameras, there is a trade-off: to make these video camera’s waterproof, they have to make sure they have as little moving parts and things that open as possible. That means most won’t have a screen, so you don’t know what you’re doing. Many don’t have the option to replace the battery, which limits the amount of video you can take when away from some kind of electricity. Many don’t record sound very well.

The best selling camera in this field is the GoPro HERO. It can be charged in your car, has decent sound when it doesn’t have the waterproof back on and you cannot replace the battery.

The Silicon Valley Imaging Corp 8800-orange Waterproof Digital Camera is a bit more what you would expect a waterproof camera to be like. It is the only one with decent reviews that has an actual screen, so you can see what you’re doing.

On this camera you CAN actually replace the batteries, so you’re not dependent on your car or a socket somewhere. The picture quality is not the best out there though.

Because you can also take video with any digital point and snap camera, I recommend also looking at my post on camera’s for teens.