What are some good teen movies or at least what are the movies that your teen will want to watch? Of course it will ultimately boil down to your teenager and his or her interest but there are movies that most teens want to see.

A screenshot from Hunger Games is shown above.

It might be that all of their friends are raving about the movie and they want to be able to talk about it, too. It might also be that they have read a series of books that is now being made into a movie and they just have to see it. Harry Potter comes to mind and also the Hunger Games. Teenage girls, sometimes, like different movies than the teen guys do but there are some movies that both genders will want to see.

Follow on down the page to see some recommendations for some good teen movies to get for your teenager.

Best films for teens ever!

Is it me or are teen movies gotten darker than they were when I was young? The above movies all fit into a somewhat normal teenager’s life. The Hunger Games and Divergent both imagine worlds where teens have to prove themselves or die. Is the popularity of these movies a sign of the times? Of a sense that only the very best can hope for the kind of dignified life that was normal Middle Class only a generation ago? I don’t know. However, they’re definitely fascinating movies.

Of the two series, The Hunger Games is probably the best in terms of overall plot. Both feature strong women.

Other movies suitable for teens:

Footloose is perhaps the classic teen movie. It features a small town where teen dancing is taboo because kids have died associated with it (and alcohol as well as drunk driving).

We meet the town minister, town council, the minister’s daughter and the ‘new kid’ who likes to dance.

The minister’s daughter is beautiful, popular and very rebellious. She’s also slightly suicidal, though this isn’t played up much.

The new kid, Ren McCormack, ends up standing up in town council to argue his case that rock & roll ought to be permitted. Crucially, the minister’s daughter, Ariel Moore finds Bible quotes to support their position. They loose the battle, but not the war.

This is very much a vanilla male-perspective movie. Ariel literally gets silenced by her mother so Ren can have his say in Council, where he uses the quotes she found him. There are no people of color present at all.

Otherwise a fun movie about generational conflict. The movie is full of music, some of which has become quite famous. We also get a glimpse of a young Sarah Jessica Parker.

There is also a 2011 remake which has generally good reviews. 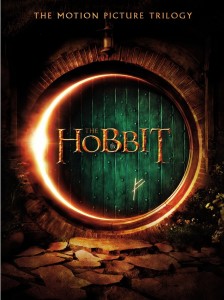 Both teen girls and teen boys will enjoy the Hobbit movies. Children and adults have enjoyed the books written by J. R. R. Tolkien for decades, the books are classics. Everyone has enjoyed the Lord Of The Rings movies and now we will be seeing 3 movies from earlier works of Tolkien featuring Bilbo Baggins (The Hobbit) that precede the “Rings” story line. 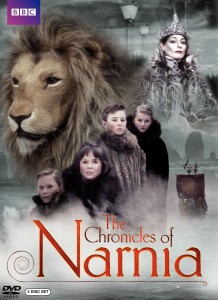 Teens have read the C. S. Lewis books that are referred to as the Chronicles of Narnia. The books are loved by both boys and girls. Get them the set of 3 movies. These are perfect for the entire family to watch over and over again. 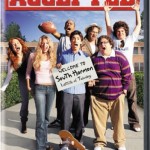 When colleges won’t accept you, make your own little college to go get accepted to.

Thoughts About Movies For Teens that appeal to both genders

As I said earlier, not all movies will appeal to both genders. Teen girls really like the “chic flicks” and most teen boys wouldn’t be caught in the same room while the movie is playing…it might be bad for his “rep”. On the other hand, teen girls are not particularly fond of watching “guy” stuff with lots of action, fighting or racing. This is a generalization because there are both boys and girls who just love a great movie and they do not get caught into a gender trap.

There are also movies that are popular with both genders of teens just as these same movies appeal to adults of both genders. Movies like the ones that I have shown above. There is just enough action for the boys and a little romance for the girls or it comes from a story that they are familiar with by having read the books as a child or recently. 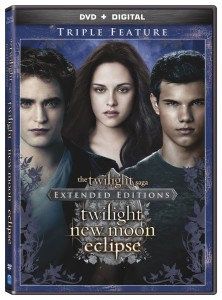 Whether she read the Twilight Saga in book form or not, she most probably has seen the other Twilight movies. The last of the films is now available on DVD, Blu Ray and Ultra Violet. She will want to see how the story ends with Bella, Edward and Jacob.

As the series ends, the plot gets darker…

Teen Girls Will Relate to ‘Easy A’

‘Easy A‘ is a comedic look at teen girls and the things they do for popularity. Silly little things that might seem pretty innocent can backfire if they are not careful. A good representation of the popular clique type girls, the girls who do not fit in, and the girls who want to. Your teen girl will relate to at least one of these typical groups of teens.

Funny, touching and a great overall message for teens.

You can hardly go wrong with getting a movie that features comic book characters that a boy has read. The X-Men movies have been quite popular with teen boys and adult men.

See how it all started with the team of X-Men.

What boy doesn’t want to be James Bond?

Seriously, what boy (teen or adult) does not wish that he was as cool as James Bond? Boys like action, cool gadgets and fast cars. If there are things that blow-up, all the better. James Bond usually gives us all of it.

Daniel Craig continues with the Bond stories in Skyfall.