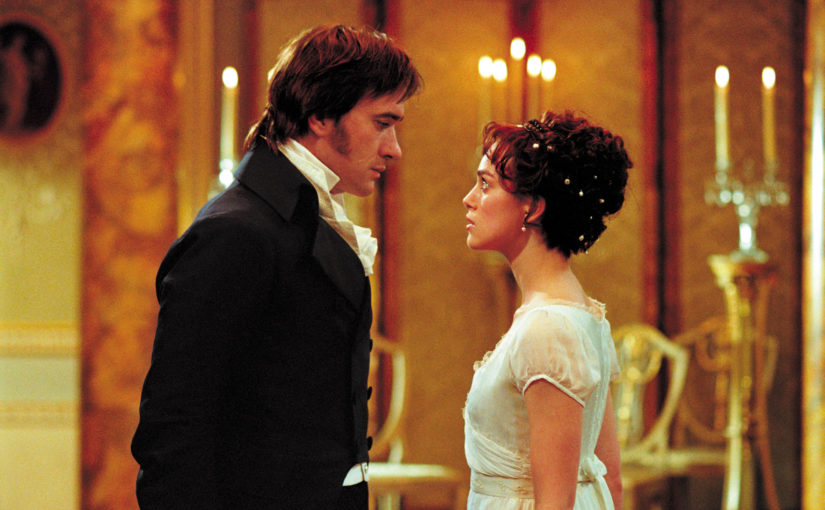 I love Jane Austen and Pride and Prejudice is one of my favorite books. Let me share with you my favorite version, though picking ONE favorite may be a problem.

In Pride and Prejudice Elizabeth – smart, saucy, well brought up but without much in the way of a dowry – meets Mr Darcy. Mr Darcy is smart, socially awkward, proud and rich.
They get off on the wrong foot and Elizabeth decides that Mr. Darcy would never love her. However, in further meetings Mr Darcy admires Lizzy more and more. However, nobody notices, because he is so stern a character and he hides his affection out of pride. When the emotion becomes too strong, he proposes to Elizabeth. However… She turns him down. There are further complications. The main one is a charming handsome young man who uses those assets to try and get himself a rich wife. He flirts with Lizzy and tells her a version of his history that turns her against Mr. Darcy, seemingly for ever. However, he is really a scoundrel.

1980 BBC version of Pride and Prejudice

I’m afraid this version didn’t make it across the channel to the USA. It’s available in episodes on Amazon Instant Video, but one episode is missing and the description isn’t correct.

As you’d expect from the BBC this version is reasonably true to the original story. Mr. Darcy is so haughty that it really is hard to sympathize with him for most of the movie. Elizabeth on the other hand is sympathetic, and talks as you would expect an Austen heroine to talk. She really has the class and polish you’d expect from Elizabeth Bennett.

Lydia is flirty while still believable as living in the early 18th century and of course Jane is sweet and polite and just smart enough.

This is not the most romantic of the Pride and Prejudice adaptations, so I would not recommend this one to anyone who isn’t a Jane Austen fan. 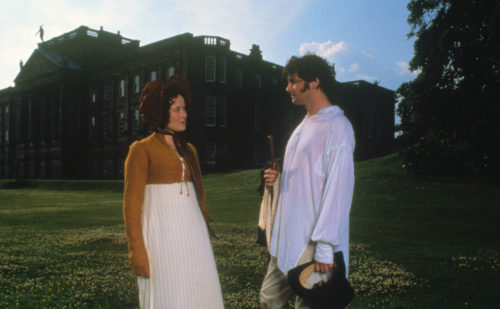 1995 BBC version of Pride and Prejudice

For a generation this was the most dreamy Pride and Prejudice movie out there. It made Colin Firth’s name – and in subsequent movies he was often made to redo scenes.

This is another BBC adaptation of the story. While in many of the details the story is true to Jane Austen, the acting is very modern. Jennifer Ehle is positively spicy, Colin Firth isn’t proud at all and Lidia behaves in a way that would disgrace upper class girls of our time.

All of this doesn’t make the movie any less enjoyable and before the latest version with Keira Knightley was created this was THE Pride and Prejudice movie. It’s fun, it’s dreamy and true enough to the original.

It also inspired Lost in Austen which combines Pride and Prejudice with time travel in a way that Jane Austen fans as well as romantics will love. 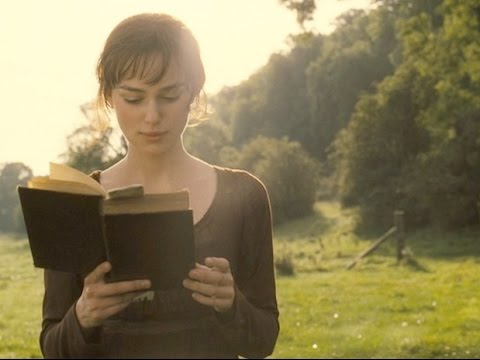 2005 adaptation of Pride and Prejudice

Watching this movie again for the umpteenth time what I notice first is the music. It strengthens the story, and pulls you in.

This is the shortest and most modern of the Pride and Prejudice movies on this list, so it’s no surprise that the story line is most adapted. Some of my favorite scenes from the book have been cut out. Mr. Bingley has only one sister here, for instance.

Keira Knightley is a fun and spicy Elizabeth while remaining elegant. Matthew Macfadyn is more shy than arrogant, but bored enough to be taken for stuck up by the neighborhood.

If I had to pick one favorite Pride and Prejudice movie this is probably it. Perhaps the most creative part is how we get a real feel for the ‘country neighborhood’ where ‘society is something savage’ as opposed to the city finery and stuck up ways of Ms. Bingley.

I respectfully disagree here. The Kiera Knightley movie in my humble opinion is so bad it doesn’t merit to be called Pride and Prejudice. I am a purist in matters of English Literature and a film should reflect the book. Otherwise, call it a different title.

I put forward my reasons here.

The tradition of literature for centuries has been the concept of the “2 ugly sisters”. Why then has Mrs Hurst been eliminated from the film. This character and her sister are an important duo in their relation to how Darcy perceives them and Elizabeth.

Why does Lady Catherine arrive at Longbourne to interrogate Elizabeth during the night? This would be socially appalling. It was just plain silly as a Lady of her standing would never do such a thing. The point was that Elizabeth took Lady Catherine to the Hermitage, a very fashionable inclusion to a Georgian estate. And mush as I love Judi Dench, she didn’t deliver “the shades of Pemberley” line appropriately.

Jane Austen states that Mrs Bennett is proud of the fact she had servants and her daughters did not have any domestic tasks to do whereas this film has the girls herding pigs through the house and hanging out the washing!

Charlotte Lucas turns up to tell Elizabeth she is engaged to Mr Collins. This was never in the book.

Elizabeth has the confrontation with her father about Mr Collins proposal by the lake and in the book it was in the library, as he was so lazy he spent all his days long in his library.

And when Darcy proposed to Elizabeth in a rain storm, I just laughed. A gentleman would never treat a lady so, keep her out in rainstorm.

Costume-wise, Elizabeth is never seen in a bonnet and a lady was never seen without a bonnet outside the home.

These are just a few of the reasons why I think this is the worst adaptation ever.

I just love the Keira Knightley movie it’s definitely my favorite. I think I’ve watched 20 times, and I could watch it another 20. Great review.