Some of the best romantic novels ever were written by one lady early 19th century: Jane Austen. Movies inspired by her work abound.

Romance, money, social position, fantasy and reputation. Those are some of the ingredients Jane Austen weaves into her novels. While they have a romantic theme, there’s a reason these stories have stood the test of time: she goes beyond cliche’s into something more fundamentally human. Perhaps it’s her skill in observing human behavior and folly (probably one of her favorite words that). Either way – I can watch Jane Austen movies again and again.

Of course there are a lot of movies inspired directly by Jane Austen’s most famous novels; Pride and Prejudice, Emma, Persuasion, Sense and Sensibility, Mansfield Park and Northanger Abbey. She is after all one of the best romance authors of all time.

This page is a collection of more creative movies inspired by Jane Austen: movies that don’t just tell her stories, but take it to the next level.

The Jane Austen Book Club for instance is a movie set in today’s world: as the title suggests, a book club with people reading Jane Austen’s novels. Their own lives change through the reading of her novels. This is a funny and romantic movie, just like Austen’s books in that sense. 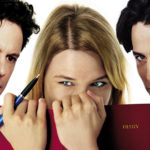 Bridget Jones’s Diary is perhaps the most famous movie on this list: a woman we can all relate to: a bit overweight, in love with her boss, making a mess of things all the time… Rene Zellweger has to choose between Hugh Grant and Colin Firth, possibly the two best looking UK actors. One plays a playboy Daniel Cleaver, the other the somewhat stuffy, but sensitive Mark Darcy. The names themselves ought to suggest to any Austen fan which Bridget Jones ends up choosing.

In Bridget Jones, the edge of Reason, we meet the main characters again. Still funny, still well acted and this time not merely romantic: also exiting: will Bridget Jones get home safe? 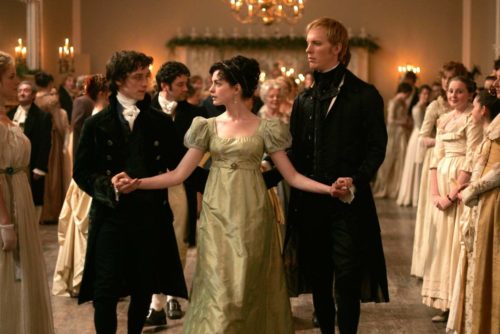 Becoming Jane takes a totally different approach: it’s a fictionalized account of the life of Jane Austen herself. Because it’s real, it doesn’t end well in a traditional sense: after all, Jane Austen died a spinster. However, it is a touching movie. 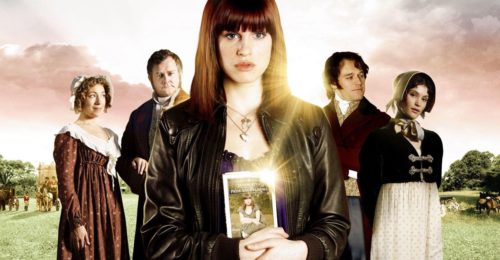 My personal favorite in the set is perhaps this one: Lost in Austen. Amanda Price from London our time moves in time to the fictional world of Jane Austen’s Pride and Prejudice, swapping places as it were with Elisabeth Bennett. In doing so, she messes up the whole story. Funny, romantic and an interesting look at the familiar world of Pride and Prejudice.

A must see for the true Austen fan.

Bride and Prejudice is a Bollywood version of the famous Pride and Prejudice theme. Funny, romantic and full of the music and colors associated with a true Indian film. This movie uses culture clash and other modern Indian themes to good effect.

In my opinion, you can’t get too much Austen. It amazes me that some people look on her work as staid and stuffy. She’s one of the funniest women that’s ever lived. Emma is a particular favourite of mine, which, of course, inspired Clueless – not so crazy about that film, but it’s another example of Austen’s influence on modern movies.

I’m quite a big Jane Austen fan. Lost in Austen is a really fab, modern take on Pride and Prejudice and I’ve watched it many times. My other favorite is the newest Sense and Sensibility movie which is romantic, funny and superbly acted.

I’ve never read a Jane Austen novel. Startling, isn’t it, for someone who has a degree in English. (So many books; so little time.) To be honest, this genre is not my favorite. I prefer the dark tragedies of Thomas Hardy.

See also the best adaptations of Emma, Sense and Sensibility and Pride and Prejudice.