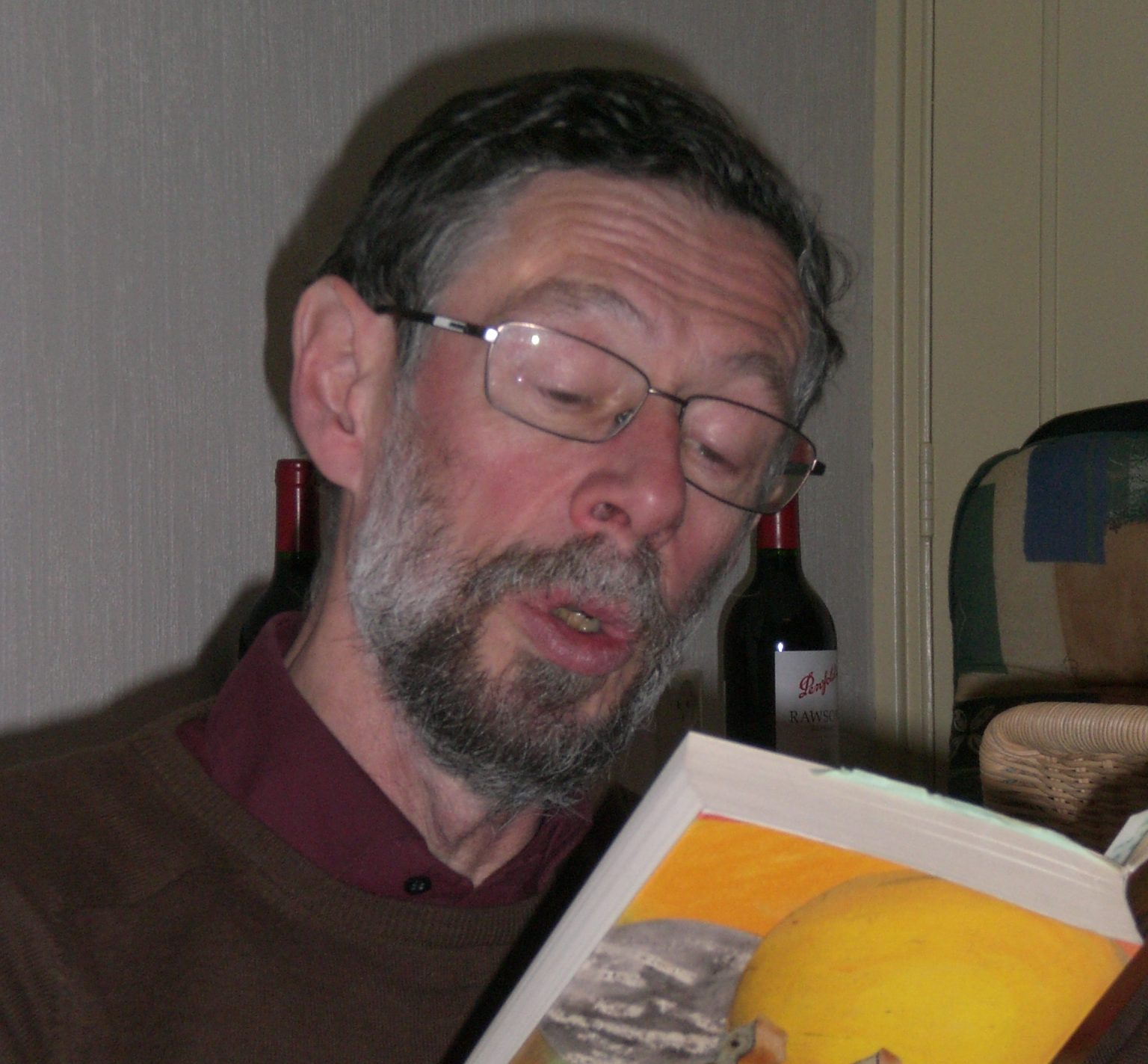 Top books to read to your kids, or for them to read themselves

I loved being read to as a child. In fact, in our family my dad read to us till I was 13 (I was the oldest). Not all kids stuff either: The most memorable was him reading us ‘The Hobbit’ and later ‘The Lord of the Rings’ on our Sunday hiking trips. I was reminiscing about this the other day with my parents, and we decided that it wasn’t as self evident as it had seemed: he had had to prepare. My dad said: well, you know, we had to do something to get you kids to come along. We said – well, in other families they find other solutions, like the kids stop coming along, or bribery …

Most families of course don’t have the interest to retell classic fantasy stories on hikes – hey, I don’t think most parents could even do it well enough even if they tried. But it’s still great for kids to be read to, till as high an age as you can manage: it will help their language skills and develop concentration and intelligence. In fact, all three of us work with text now. I make a living writing online. My oldest brother is a professional poet and my youngest brother is a poet / mime. Not that my parents were planning for THAT when they read to us, of course.

Anyhow, for those of you who want to give your children some of that – and the fun of a great story – here’s my collection of my favorite children’s books growing up.

In my family we have continued the tradition of reading to each other to this day. The picture shown here is when we took turns reading, at the last Christmas that my grandmother (a great reader herself) was capable of joining a family dinner. It’s my dad’s turn.

More of my best books lists

While I’m sure we had Roald Dahl books in our house, my main memory is of discovering them in my grandmother’s book collection. She had a wide collection of children’s books, being a writer of Sunday school children’s stories herself (published in a national Sunday school magazine).

These are the ones that I remember best, though I read them in Dutch, of course.

The Big Friendly Giant, who could forget? About dreams and cucumbers and travels at night.

Charlie and the Chocolate Factory

Made famous in a movie, as if it needed it. The excitement of finding one of the chocolate bars with a golden wrapper, and then getting to see the magical chocolate factory…

Charlie and the Great Glass Elevator

As if inheriting a chocolate factory isn’t enough, Charlie gets to travel in a glass elevator. Scary and fantastic. Just how we like it.

Perhaps Dahl’s least friendly book: Mathilda has VERY obnoxious parents and they’re stupid to boot. I remember it wasn’t my favorite, but it certainly stuck in my memory.

Illustrated children’s books I remember to this day

I’m the oldest of three, so the reason I remember these may be that I was there when they were read to my youngest brother. Anyhow, they are fun.

For babies through pre-school.

The Cat in the Hat

It took some of my readers to remind me of this one, but yes – we read this when I was small too. I don’t really remember what it was about, but those illustrations stick in the mind.

Rereading on Amazon – it’s a rainy afternoon turned fun by a talking cat turning up in a house without adults. Sounds like Pipi Longstocking to me. (wait, that one may belong here too).

It’s an established fact that children who are read to do better at school later on. I’m sure it’s best if the person who does that, does so in person: to be able to explain anything the child doesn’t understand. However, if that’s impossible, recordable storybooks are surely a decent approximation.

With these recordable books, usually by Hallmark, you can create a cherished memory to be handed down though generations.The custom audiobooks features voice capture technology, recording the reader’s voice, which is captured within the book.

Children’s Books? We were read them anyhow!

Our family relationship with Tolkien started with my dad. As we grew his reading to us needed more complicated material to keep us interested. He started with The Hobbit, which was originally written for children after all, and then continued on with The Lord of the Rings on our Sunday walks.

The Lord of the Rings: 50th Anniversary, One Vol. Edition

I read this as a teenager, so I guess it might count as a teen / young adult book.

However the main reason it’s on here is that, as I said, my dad retold this story on our Sunday morning walks. We were spell bound.

I wasn’t a child when these books came out, but I’ve read and reread them none the less.

J.K. Rowling is one of those rare people who can create a children’s series that works for adults as well. Funny and never predictable, these are rightly said to have gotten a whole generation of kids reading again.

If your child starts with Harry Potter at 9 or 10, they’ll likely grow up with them: that is, though the later books are darker, by the time they get to them, they’ll be old enough to deal with them.

These may well have been the first stories my dad told on those Sunday morning walks. I’m not sure. I AM sure me and my brother (we were only 2 years apart) LOVED these stories and wanted them told again and again.

Nils flies on a wild goose as the flock travels from Sweden to the south in winter.

Meant for kids aged ages 9-12. I think we must have been closer to 7 and 9 when we were read these.

My parents are agnostics, but they wanted to be sure we grew up knowing the Biblical stories. In fact, we still read the Bible over Christmas each year – even with no believing Christian among us. We started with a Children’s Bible, of course.

If  I were raising children today, I would want them to grow up with the spiritual stories of all the main religious traditions of the world.

Pipi Longstocking is probably the most famous of Lindgren’s books, but I was never very comfortable with books about naughty kids. Not that we didn’t read this of course, or enjoy it for that matter. I just remember it with mixed feelings.

I read this book again and again. I absolutely loved it. The independent girl, jumping over cliffs, hiding in caves… exciting and just a bit romantic (though totally age appropriate).

This is perhaps the best of the three books by Lindgren I’m reviewing here. I remember it as a fairy tale, though obviously it was written in the 20th century. Can you give an author a better compliment than that?

Reading the descriptions of the book now, I think part of the magic of this book is that it’s about death and the beyond. In our case that was especially pungent as we had lost a brother when I was 5, so reading this out to us can’t have been easy on my father.

However the connection was not so obvious that I made it back then.

We had our pick of fairy tales in the household. From the Brother’s Grim to Hans Christian Andersen. In fact, I see a whole Scandinavian theme coming up on this page.

What sets these stories apart from later children’s books (though Harry Potter is perhaps an exception) is the utter lack of protecting kids from the facts of life. Written in the 19th century, when death was simply a part of life, these stories are deep and thrilling as well as touching.

Some of our most famous fairy tales were in fact written by one person: Hans Christian Anderson. From The Ugly Duckling, The Little Mermaid, The Tinderbox, The Emperor’s New Clothes, The Princess and the Pea and The Snow Queen for instance.

My personal favorite was that last one. Being a sister to a smaller brother myself probably added to the story. The little girl (Gerda) has to save the little boy (Kai) from getting a frozen heart, just like the queen.

Classic stories, as they were noted down by the Grimm brothers in the 19th century. Remember Little Red Riding Hood, Cinderella, Sleeping Beauty, Hansel and Gretle, Tom Thumb and Rapunzel? So should your kids, and not merely in the Disney version.

This is of course the toned down ‘children friendly’ version. The originals were very violent. See also these recordable fairy tales.

The Secret Garden by Frances Hodgson Burnett is an old fashioned heart warmer: an orphan in a new place makes friends. They discover a garden and make it their own little paradise. I loved it and have in fact taken to heart some of its gardening lessons.