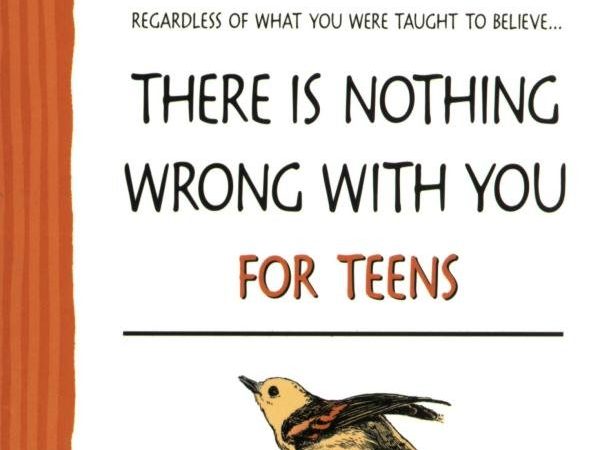 Religion and spirituality are often important to teenagers. Late teens especially have loads of questions about God, the meaning of life and lifestyle choices associated with all that. Here are some books to help them think it through.

Shown here: There Is Nothing Wrong With You for Teens

Being a Girl Who Leads: Becoming a Leader by Following Christ

Leadership is not just a position, and it doesn’t mean telling other people what to do. It’s about making a choice to stand up for what you believe in. In a world of followers, today’s teens are looking for a leader with good Christian values. But since it’s so easy to buy into the media’s images, Christians are compromising themselves more than ever, making good leaders hard to find. Shannon Kubiak Primicerio urges girls across the country to stand up for their Christian beliefs, and she promises that soon we will see a nation of girls who lead like Jesus did: with love and compassion.

A wonderful story about a young girl who after moving to a new place has an experience which changes her life. This spiritual journey is a great story for teens and also good reading for adults.

Should spiritual books for teens avoid the sticky topics?

The Christian books on out there are generally conservative about topics like sex, relationships and drugs. Deepak Chopra on the other hand not only doesn’t avoid those topics, but he also gives advice that many parents may frown at. The Buddhism books for teens are in the middle: they mention these topics, but will advice a common sense healthy attitude towards them.

What would you want in a book for a teenage girl? Here are the answers visitors gave to that question on a previous version of this page:

How should a spiritual book for teens deal with controversial issues?

80 people have voted in this poll.

Religion and Spirituality in America: The Ultimate Teen Guide (It Happened to Me)

An introduction to some of the diverse religious practices, traditions, and expressions in the United States and focuses on how teenagers view their particular religious faith–or lack of it–what they believe, what conflicts they encounter, and how they relate to others whose religions differ from theirs.

Becoming an adult is a hard business: are they boys or men? Boys in their late teens will often struggle with spiritual questions to combine with their other issues. The books on this page are meant to help them deal with those issues. Whether it’s questions about God, or about sexuality, about religious pluralism or what to do about drugs.

I did not find any books (with positive reviews) aimed especially at teenage guys, so they’ll have to make do with general spiritual books obviously also suitable for teen girls. The books I found fall into three categories: general spirituality and life lessons, specifically Christian or Catholic and Buddhist.

Also recommended for teens of both sexes:

Getting informed about religion and spirituality

These are inspirational books, dealing with the life lessons you want your teenager to start thinking about. After all, don’t you want them to grow up into a sensitive adult?