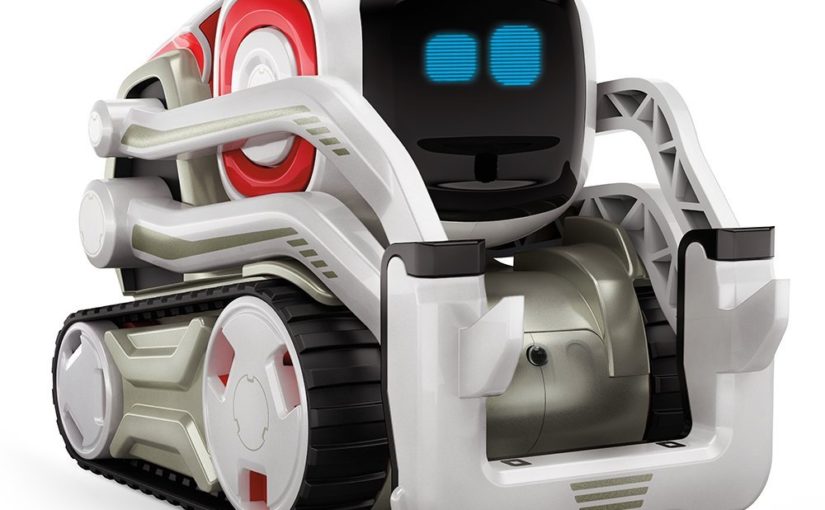 YES – robots and electronic toys have finally grown up enough to be interesting for actual geeks, like me.

Seriously, the Cozmo is fun for kids and geeky adults alike. As one dad notes: the kids can play with it, and when they’re old enough to try out programming, they can do it with the Cozmo too: it is programmed in an adult programming language that is used in serious projects like Dropbox as well. Great value!

Does that mean it can only appeal to geeks? No – it has games you can play with it, in combination with an iOS or android app. These happen in the real world, so you and your kids even get a bit of exercise 😉 No necessity for growing beyond that to actual programming. However, the nerdy dad (or mom) will appreciate that it is POSSIBLE.

Note that right now it only comes with only two games, so it’s not as versatile as you might expect for the price.

Another downside is that while you use the toy, it wires your wifi THROUGH the toy – which means that your phone cannot be using your normal wifi at the same time.

Most users are happy with the toy despite these downsides. The fact of the matter is that Cozmo by Anki is the most advanced robot toy on the market and although it doesn’t quite live up to scifi hype, it is a fun gadget.

Tends to fall off tables and things.

Suitable for kids between 7 and 12. 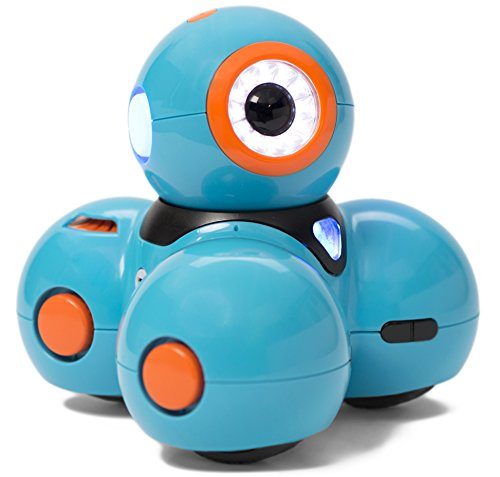 The AWARD WINNING Dash Robot by Wonder Workshop is more stable (physically), but the basic idea is the same:

The toy-specific language has the advantage that it is tailored to the toy: it is integrated into the app and is very visual – which works well with younger children.

The professional reviews of this toy are fantastic – from the New York Times to Good Housekeeping.

Meant for children 8 & up, but some reviewers would recommend for children as young as five, while another has a college age daughter who wants to take it with her to her new school.

One father notes that his son – already programming in Scratch – was bored with the toy very quickly, so your mileage may vary.

Ozobot was last year’s best robot toy. You can tell it’s a bit simpler. However, it is also the cheapest option and it is as easy to program as the Dash.

Again – it works in combination with an app, but it seems a bit hit-or-miss whether the games work.

What users agree does work is programming the Ozobot through Blockly (similar to Scratch). It sounds like a lot of fun. In terms of programming it’s between the Cozmo and the Dash.

The Dash is programmed in a language designed for it. This has the advantage that it is tailored to kids’ needs, but the specific skills learned won’t translate to the adult world. That’s ok – they’ll learn that later – but still, it’s a minor downside.

The Ozobot is programmable in Blockly, a system designed for children and used beyond the Ozobot. This means that when they want to program something other than the Ozobot, they can do that in a language they’ve already learned.